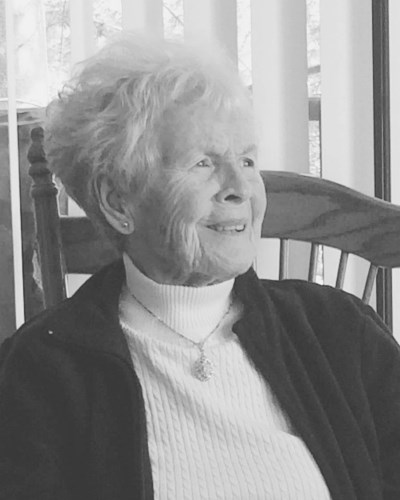 ABOUT
Schurz High School
FUNERAL HOME
Friedrich-Jones Funeral Home
44 South Mill Street
Naperville, IL
Norma L. Prasse (nee Hartlaub), age 102, a resident of Naperville, IL since 1953, passed away on Wednesday, October 20, 2021, at home, with her family by her side. She was born March 6, 1919 in Cincinnati, OH.

Norma grew up in Chicago's Portage Park neighborhood, was a member of St. Bartholomew Catholic Church and was a graduate of Carl Schurz High School. Norma was primarily a homemaker but also worked at Edward Hospital in Naperville as an aide and ward clerk in the Obstetrics Department, retiring in 1991 after 25 years.

Norma was a longtime member of SS. Peter & Paul Catholic Church in Naperville and it's Altar & Rosary Society. She was an avid bridge player .

Published by Naperville Sun on Oct. 31, 2021.
To plant trees in memory, please visit the Sympathy Store.
MEMORIAL EVENTS
To offer your sympathy during this difficult time, you can now have memorial trees planted in a National Forest in memory of your loved one.
Funeral services provided by:
Friedrich-Jones Funeral Home
MAKE A DONATION
MEMORIES & CONDOLENCES
1 Entry
Another angel got her wings. My thoughts and prayers go out to entire family . Aunt Norma was one of the BEST. I will miss her so much
Margaret Hall
November 4, 2021
Showing 1 - 1 of 1 results