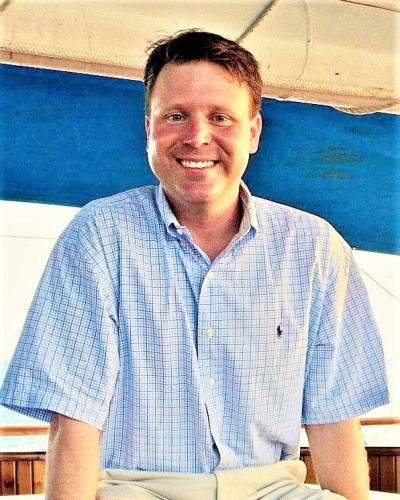 Kevin was born in Detroit, Michigan, and lived in Naperville, Illinois, during his formative years. He is a graduate of Indiana University and Southern Illinois University Medical School. He arrived in Roanoke, Va., in 2001 to complete his medical training and residency program with Carilion Clinic.

Upon completion of his residency, he and his two life-long practice partners, Dr. John Harding and Dr. Chris Keeley started their own OB/GYN practice. He finished the last 11 years of his career as an OB/GYN with Lewis Gale Medical Center as well as being the medical director of the Blue Ridge Women's Center for 14 years.

Kevin was preceded in death by his grandparents, Michael and Anna Ossick, Dr. William and Eleanor Walsh, and his father-in-law, Mark Weaver.

He is survived by his wife, Hillori Walsh; his children, Margaret, William, and Alexander; his stepchildren, Ethan and Ellie; his parents, William and Patricia Walsh; his mother-in-law, Cynthia Baker; and his brother, Robert; Robert's wife, Jaime, and their two children, Katherine and Robert. He is also survived by numerous aunts, uncles, and cousins.

How can you possibly sum up the life of one man in a few words? Kevin had an impact on many. During his career as a physician, he delivered over 3000 babies and helped numerous families, he was often the calm in a hectic storm. He was a skilled surgeon. But mostly, he was an amazing husband, father, son, brother, and friend. He did not like the spotlight, he was humble.

He loved to help others, putting many ahead of himself, not to gain praise, but just to help. He never met a stranger and would be the first to share in a laugh. He often said, "It's just as easy to be kind." He lived by that motto. He was kind. He was generous. He loved to create memories whether it was sailing, skiing, large holiday gatherings, going on adventures or vacations, Kevin loved to be surrounded by his family. Kevin lived for his family. He left the world a better place. He will be missed forever, but his memory will be carried on with his family and all the children he helped bring into this world.

Arrangements entrusted to Oakey's Funeral Service - South Chapel, Roanoke, Va., (540) 989-3131. Online condolences may be shared with the family at www.oakeys.com.

Published by Naperville Sun on Nov. 7, 2021.
To plant trees in memory, please visit the Sympathy Store.
MEMORIAL EVENTS
Nov
9
Visitation
4:00p.m. - 7:00p.m.
Oakey’s South Chapel
4257 Brambleton Ave. , Roanoke, VA
Nov
10
Funeral service
12:00p.m.
Oakey’s South Chapel
4257 Brambleton Ave. , Roanoke, VA
Funeral services provided by:
Oakey’s South Chapel
MAKE A DONATION
MEMORIES & CONDOLENCES
13 Entries
Dr. Walsh I thank you for taking care of us all...a kind caring devoted soul...you have earned your Angel Wings by devoting your life's work to others care and we'll being...God bless your family for such a heartbreaking loss....
Kimberly B Carter
Friend
November 21, 2021
I am so sorry to hear this! After many years of dealing with very difficult issues, I happened to meet Dr. Walsh. He was the first doctor to really listen and helped me resolve issues I had dealt with for over 10 years. I will miss him greatly. May God watch over his family as they try to find a new normal.
Karma Tucker
Other
November 20, 2021
Thinking and praying for all your family. I worked with Kevin and was impressed not only with his skills, but with his christian demeanor. I am so sorry for your loss. May God bless you and keep you.
Linda B. Hall
Work
November 12, 2021
Sympathy to the family and friends of Dr. Walsh. Dr. Walsh delivered two of my four children. Dr. Walsh was a very kind person. He definitely left me with a great impression and I feel that I was very blessed to have him our lives. As a patient, I always felt very comfortable. My heart goes out to the Walsh family and friends, as I know he will be missed.
Taquia
Work
November 10, 2021
I did a clinical rotation with Dr. Walsh years ago...a kind soul...my condolences to the family. I recently wrote this and would like to dedicate in his memory ON ANGEL WINGS When my life on this earth is over When my last breath is done I will fly away on angel wings My sights set on the rising sun Over the mountains I will fly Passing the eagle along the way I will feel no more pain and sorrow On this the first of my eternal days High above the vastest ocean Beyond the deepest blue sea Light and free spirited my soul Elated at last...reveling in ecstasy No more tears shall I then shed No more sad rivers will I cry If a drop does befall my face A tear of happiness will leave my eye Remember me as one who had loved To the deepest core of my heart An everlasting memory retained The moment we last did depart This earth was but a short journey Sometimes lonely I did roam Now that I have my angel wings I am now flying off to home... ©Annette (Wengert) Tarpley 10/6/2021
Annette Tarpley
Work
November 9, 2021
The board of directors, staff and volunteers of Blue Ridge Women's Center send our condolences for the loss of Dr. Walsh. He was a treasured member of our team and will be greatly missed. We were blessed to have him serve as our Medical Director for 14 years.
Blue Ridge Woman's Center
November 8, 2021
Very sorry to hear of Dr.Walsh's passing. He helped to being both of my girls into the world..and I'm forever grateful for his caring and encouraging words throughout both pregnancies. I'm so glad I was able to meet him.
ShyAnn
Other
November 6, 2021
My sincere condolences for your loss. Kevin touched so many lives and will be truly missed. (Psalms 94:19)
Ryan
November 6, 2021
My prayers go out to Dr. Walsh´s family & friends! I´am forever grateful, Dr. Walsh just saved my life this September! He wasn´t feeling well but continued to put everyone else first including myself. What a man! You will truly be missed
Takeeda Hale
Other
November 5, 2021
I am truly saddened by the loss of my doctor and my friend. He helped me create 3 beautiful children and gave the best advice in the world. My deepest sympathy and condolences to his beautiful family. I was blessed to know this wonderful, kind, beautiful man. Rest peacefully friend!
Margo Stokes
November 5, 2021
I offer up prayers of peace, comfort and strength to the family and friends of Kevin. To Hillori and his children, I hope your grief passes smoothly into the celebration of his life. Love to each of you...
Brenda MacLean
November 5, 2021
Our thoughts and prayers are with you
Rick Lacek and Michele Trimble
November 5, 2021
To Dr. Walsh's family and co-workers, I am deeply sorry for your loss. Dr. Walsh was an amazing man and I always knew my babies and I were in great hands. His personality put you at ease the moment he walked into the room. I am blessed to have had him as my physician and to have two healthy boys brought into the world by him. All of you are in my thoughts and prayers. Michaela Crawford and family
Michaela Crawford
Other
November 4, 2021
Showing 1 - 13 of 13 results