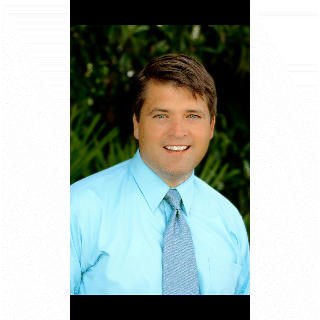 Capt. Brad William Herriott, 46, of Naples, Florida went to be with his Lord on December 11, 2017. He was a loving husband, devoted father, caring son and brother, and selfless friend, beloved by all who were privileged to know him. Brad's outsized personality, warm heart, ready smile, and love of people drew others to him and enriched their lives.

Brad was born and raised on the family farm in Seymour, IL, the second of the four sons of Bill and Barb Herriott. As a child, Brad loved airplanes, playing his trombone, and making people laugh - not necessarily in that order. He learned to fly on the family farm, mastering a Piper Cherokee when he was 14; earning his pilot's license at 15. In high school he played trombone in the marching band and jazz band and was a member of the Marching Illini Band while in college at the University of Illinois. Brad attended the University of Illinois's School of Aviation earning various aeronautic certificates and graduated with a Bachelors degree from Eastern Illinois University in 1993. For several years Brad worked as a flying instructor in Champaign, IL.

In 1995, Brad realized his dream of being a professional pilot when he began his career at United Airlines. His skill and passion for flying enabled him to become one of the youngest full captains in the history of the airline. In 2001 he received the United Airlines Corporate Division "Safety First Award," The United Airlines Flight Operations Division Airmanship Award, and was the United MEC Nominee for the ALPA National Superior Airmanship Award for preventing a runway accident involving two commercial airliners.

In 1999, while stationed in Miami, FL, Brad met and married the love of his life, Nathalie (nee Rocha). Together they formed a loving home complete with three daughters and their son. The Herriotts moved to Naples, FL in 2008 and became loving foster parents opening their home to several children.

Brad was a serious professional who respected the life and death nature of his job. But to those who were privileged to know him, he will be remembered most for the joy he spread wherever he went and to whomever he met. Brad knew no strangers, only friends. Their home was always open with diverse friends and family freely coming and going. For several years they hosted a Halloween party for 300 to 400 of their friends and one year had a massive party that featured 3 legged races and watermelon spitting contests. Led by Brad, their neighborhood became a place where kids easily wandered into each others' home, and where the adults became close friends who could work together helping each other with projects and then relax over a beverage telling stories and laughing at each other's corny jokes. In the center of all the fun was Brad, laughing, joking, performing magic tricks, and inventing new harmless high jinx.

When Brad was diagnosed with an aggressive cancer, his approach to his disease mimicked his approach to life. Like Viktor Frankel, he chose his response. He sought out the best treatments and valiantly fought the cancer, all the while continuing to enjoy life and to bring laughter to each situation and to all the medical professionals and others he met, and reminding all of us to "Eat your vegetables."

Brad is survived by his wife, Nathalie (nee Rocha); son William (Will); daughters, Daniela, Kaeli, and Dania; parents, Bill and Barb Herriott of Seymour, IL; brothers Brian (Allison) of Cincinnati, OH, Billy of Mahomet, and Ben (Laura) of Champaign, IL, half siblings Craig Herriott, Laura Herriott Baylor, Linda Herriott Irle; his parents-in-laws, Jaime and Marilu Rocha of Naples; a nephew, Evan; and three nieces, Ella, Louisa, and Madeleine; as well as a village of friends who will sorely miss him.

A memorial service will be held at 11:00 a.m. on Saturday, December 16 at the First Baptist Church Chapel, 3000 Orange Blossom Drive, Naples FL 34109. A private interment will follow. It was Brad's request that those attending the service wear white or other light and happy colors. In lieu of flowers, the family requests that donations be made to Friends of Foster Children Forever, which provides health insurance, schools supplies, tutoring, and pocket money for foster children in our area. The address is 2640 Golden Gate Parkway #112, Naples, FL 34105.

Published by Naples Daily News on Dec. 14, 2017.
To plant trees in memory, please visit the Sympathy Store.
MEMORIAL EVENTS
Dec
16
Memorial service
11:00a.m.
First Baptist Church Chapel
3000 Orange Blossom Drive, Naples, FL
Funeral services provided by:
Hodges Funeral Home at Naples Memorial Gardens
MAKE A DONATION
MEMORIES & CONDOLENCES
Sponsored by Hodges Funeral Home at Naples Memorial Gardens.
10 Entries
So sorry to hear about Brad. It was wonderful to see all the boys grow up to be such personable men. Brad always recognized me when we met and took the time to catch up on my children as well. You can be very proud of how much you were there for them as they matured.
I also just read about his father. I'm so sorry that you have such a burden. I will remember your family in my prayers.
Mary Winter
December 30, 2017
I'm so sorry to hear about Brad. We flew together when we were based in Miami with United and he was one of the youngest pilots there. He was a true professional, and fun to be around. Tailwinds Brad.
Bob Engelman
December 15, 2017
Herriott Family,
I am blessed to have William in my school band at First Baptist Academy. Brad jumped right in at the beginning of this school year, volunteering to work with the 6th grade band brass section. He was such a huge blessing to myself and my brass players! The First Baptist Academy band members and myself want you to know that we love you, and are praying for your family. The love and generosity of Jesus was evident in the way Brad lived out his faith around our students.
In Christ,
Rob Platter
Rob Platter
December 15, 2017
What a beautiful obituary and I LOVE that he requested white or light happy colors for his service. What a testament to the joy we can have that when our earthly bodies fail, God has a heavenly home for those who love & believe in Him as their Savior. My prayers are with the family who must balance embracing this joy but are also grieving an immense loss. I'm praying for you.
Kara Eisenga
December 15, 2017
Our deepest sympathies for you and your family. We are truly sorry to hear of the loss of Brad. It was an honor to have known him - We offer our thoughts and prayers.
William & Kimberly Netzel
Friend
December 14, 2017
We'll always remember his kindness and fun personality!! Brad and Nathalie made us feel welcome in their home when we visited them. Rest In Peace dear Brad
Vivian Paniagua
December 14, 2017
My thoughts and prayers go out to you.
Lisa Hopkins Perry
December 14, 2017
I know I only met Brad a couple of times when I visited my sister and brother in law (Lee and Joanne Blackston) back in 2010 with my son Isaac who was then 5 years old. He is now 12 and still remembers and speaks fondly of the time that he flew his remote controlled planes outside and how exciting it was. I also remember his warm hearted nature and it was easy to recognise the value his friends and family place on him. God bless and rest in peace Brad.
Catherine Thompson
December 14, 2017
Our hearts are heavy for the loss of this amazing man.
He will live in the hearts of all forever.
Phillip and Karen Pica
December 14, 2017
May God bless you and your family in this time of sorrow.
Katie Green-Olson
December 12, 2017
Showing 1 - 10 of 10 results