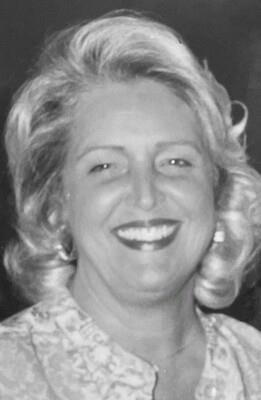 After winning many courageous battles with different types of cancer throughout most of her adult life, she ultimately succumbed to it. Doctors and surgeons often remarked of her strength and tenacity. She fought with courage and without complaint. Millie was born in Richmond, Virginia to Mildred Boyd Davis and John Conrad Davis. The mother of three daughters, she was preceded in death by her beloved daughter, Beverley Page "B.P." French. She is survived by her other daughters, Mildred "Mollie" Boyd French of Naples, Florida and Frances "Francee" French Schuma, a son in law, John Micheal Schuma, and two grandchildren, Mollie Flynn Schuma and Carter French Schuma of Richmond, Virginia. She is preceded in death by her sister Agnes "Piper" Ely and survived by her sister Frances Davis Swift, and brother John Conrad Davis.

Millie attended St. Catherine's School where she received many accolades for her athletic ability. Field hockey, basketball, tennis, and horseback riding were just a few of the sports she excelled in and enjoyed. She was a proud graduate of the University of North Carolina Chapel Hill and could often be heard cheering the Tarheels to victory in basketball. Millie enjoyed social occasions, and many remarked on her glamorous appearance and southern charms, but her greatest joy was being a mother.

A gathering of friends will be planned. In lieu of flowers, donations can be made to the 24 Hour Club of Naples, 1509 Pine Ridge Road, Naples, FL 34109.


To plant trees in memory, please visit our Sympathy Store.
Published by Naples Daily News from Jul. 20 to Jul. 21, 2021.
MEMORIAL EVENTS
No memorial events are currently scheduled.
To offer your sympathy during this difficult time, you can now have memorial trees planted in a National Forest in memory of your loved one.
Funeral services provided by:
Legacy Options LLC - Naples
MEMORIES & CONDOLENCES
Sponsored by Legacy Options LLC - Naples.
1 Entry
I sent a contribution to the 24 Hour Club because I know how much Millie appreciated the support they provided BP Millie was my friend since the 4th grade. A bright light in my world and an extraordinary Mother to her girls! I will miss her.
Pat Clark
Friend
July 16, 2021
Showing 1 - 1 of 1 results