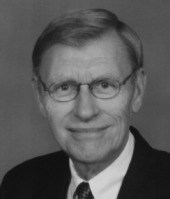 BORN
1927
DIED
2021
Donald Gardner
May 23, 2021
Donald John (Don) Gardner, a resident of Park Springs in Stone Mountain, Georgia, passed away on May 23, 2021 at the age of 93.
Don was born on June 15, 1927 in Cleveland, Ohio to John Gardner and Albina Moser. He and his younger brother Leonard grew up in Cleveland and Twinsburg, Ohio. Don graduated from Twinsburg High School in 1945 where he was president of his graduating class of 19 students.
Following high school, Don served fourteen months in the United States Navy as World War II was drawing to a close. He was Seaman First Class in the USN Personnel Separation Center, Naval Air Station, Charleston, South Carolina and received a commendation for service for excellent attention to and performance of duty. He attended Western Reserve University in Cleveland, Ohio, majoring in math and education with the goal of becoming a high school teacher. During college he met his future wife, Norma Eileen Gardner of Canton, Ohio on a blind date. Norma was a student at Bowling Green State University. Don decided he wanted to get married more than he wanted to be a teacher, and so he chose to forgo another semester of college which was required for teaching. He received his bachelor's degree in January 1951 and married Norma two months later. Don said he never looked back to ask "what if".
Don worked in a personnel office with General Motors for about a year, then took a job as a personnel assistant with DairyPak in Olmsted Falls, Ohio. This was the beginning of his 35 year career in human resources in the pulp and paper industry. He progressed to become vice president of employee relations at Champion International in Stamford, Connecticut and retired in 1986 after 30 years of service. He then accepted the same position at Federal Paper Board in Montvale, New Jersey and retired again in 1991. Don was active in the Kiwanis Club in Ohio, and served on the board of the United Way of Stamford, Connecticut and the Alcoholism Council of Southwestern Connecticut. When asked to name three adjectives that describe himself, Don said "hardworking, upbeat, with a good sense of humor".
Don's work took the family from Ohio to Asheville, North Carolina, Hamilton, Ohio and New Canaan, CT. Upon retirement, Don and Norma moved to The Landings on Skidaway Island in Savannah, Georgia. They later moved to Fearrington Village near Chapel Hill, North Carolina. Norma, his wife of 48 years, passed away in 1999. Don moved to Georgia again in 2011 to be closer to his family and was a member of Decatur Presbyterian Church.
Don is predeceased by his wife Norma and his brother Leonard (Dolores) Gardner of Berea, Ohio. He is survived by his son Mark (Mary Ann) Gardner of Dunwoody, Georgia and their children Ann and Lisa.
Memorial gifts in Don's name can be made to First Presbyterian Church,178 Oenoke Ridge, New Canaan, CT 06840.
Published by New Canaan Advertiser on Aug. 10, 2021.
To plant trees in memory, please visit the Sympathy Store.
MEMORIAL EVENTS
To offer your sympathy during this difficult time, you can now have memorial trees planted in a National Forest in memory of your loved one.
MAKE A DONATION
MEMORIES & CONDOLENCES
0 Entries
Be the first to post a memory or condolences.