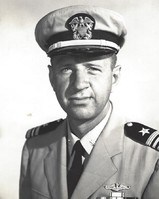 BORN
1933
DIED
2021
FUNERAL HOME
Allen & Shaw Funeral Home
139 NW 20th Court
Opa Locka, FL
Norman Leslie Rowe, IV
6/14/21
Norman Leslie Rowe IV, 87, of Miami, Florida, passed away peacefully on the morning of June 14, 2021.
Norman was born to parents Norman and Ruth (Schoeneberg) Rowe on July 23, 1933 in Saginaw, MI. He grew up in Bellerose, NY where he was fond of playing baseball and racing sailboats on Long Island Sound. He graduated from The Loomis Chaffee School in 1951 and received a degree from the School of Hotel Administration at Cornell University in 1955. While at Cornell, Norman played varsity football and varsity lacrosse where he played against Syracuse's Jim Brown in each sport. Upon graduation Norman was commissioned as a Naval officer and received orders to the USS BOXER serving as one of their 1st Division officers during a western Pacific cruise. He spent many hours on watch as officer-of-the-deck in the South China Sea and had many fascinating stories about that cruise.
After separating from active duty, Norman accepted a job in Chicago with IBM. He continued on as a Naval Reservist eventually rising to the rank of Commander and qualifying in submarines. During this time, he met and married Martha Fargo Vincent and started a family. At IBM Norman's career advanced quickly and he was promoted several times ultimately ending up in New Canaan, CT in 1970. Soon after Norman took on a new promotional position with IBM where he was working closely with interesting sports figures like Reggie Jackson, Rod Laver, Franco Harris, Bucky Dent and John Havlicek. He hired and had lunch many times with Henny Youngman, whose jokes Norman knew by heart. Norman eventually retired in the late 80's but stayed busy doing some consulting work. If, when he was a little boy, you had asked Norman what he wanted to do when he grew up, he would have told you "play centerfield for the Yankees." And one can never forget how he loved a good black and white submarine movie.
Norman is survived by his son Matthew (Liz) of Madison, CT and his two grandchildren, Nina Rowe and Nelson Rowe.
A private memorial service will be held in Miami with family members in the coming weeks. In lieu of flowers, please consider a donation to Bay Oaks Historic Retirement Residence in Miami, Florida.
Published by New Canaan Advertiser on Jun. 29, 2021.
To plant trees in memory, please visit the Sympathy Store.
MEMORIAL EVENTS
To offer your sympathy during this difficult time, you can now have memorial trees planted in a National Forest in memory of your loved one.
Funeral services provided by:
Allen & Shaw Funeral Home
MAKE A DONATION
MEMORIES & CONDOLENCES
Sponsored by Allen & Shaw Funeral Home.
0 Entries
Be the first to post a memory or condolences.