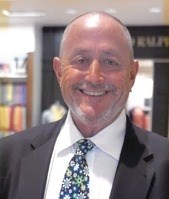 BORN
1952
DIED
2021
FUNERAL HOME
James A. McAlister Funerals & Cremation
1620 Savannah Highway
Charleston, SC
Paul "Mac" Mackenzie Groetzinger
February 24, 1952 - August 28, 2021
Paul "Mac" Mackenzie Groetzinger, a well-known Fairfield County restaurateur, died suddenly on Saturday, August 28th, 2021 at his home on Kiawah Island, South Carolina surrounded by his loving life partner, Gina Zangrillo and close childhood friends. He was 69 years old.
At 19 he went by steamer ship to the South Pacific, landing in Perth and traveling by land across the vast Australian outback to Melbourne. A job in the local pub enriched and inspired his dream of keeping bar and the MACKENZIE'S brand was born.
Returning one year later, he partnered with a friend and together they reinvented The Huddle in the Shippan section of Stamford. The first "Mackenzie's" opened on the Post Road in Darien in 1976 and many establishments of good food, good music and good cheer would follow in Fairfield County, St. Thomas, USVI and Florida. He was best known for his flagship, The Redding Roadhouse, that opened in 1986 and for two decades served as his stage.
The sheer force of his presence as the host, was a guarantee of laughter and fun. Entertaining the crowd in his comedic singing style and free flowing lyrics, he delighted the crowd while they feasted on the generous portions and creative food he imagined and served. His hand drawn menus, bountiful meals and big drinks all contributed to an ambience where no one was a stranger.
Privately he was an artist with a complex mind and a prodigious talent. He spent the past 10 years designing and building a postmodern concrete home on Kiawah Island with Gina. This project allowed him to fully realize his vision and childhood dream of becoming an architect.
Mac was born in Fremont, NE on Feb 24, 1952. He was raised in Stamford, Connecticut. His affection for the abiding friendships and Shippan community lasted his lifetime. He is survived by his partner, Gina Zangrillo; his children, Paul (Cara), Danielle and Patrick Groetzinger; his grandchildren, Eloise and Mabel Groetzinger, and Jeremiah Garcia; his sisters, Sandra Wright (Ken); Jennifer Ahern Donahue (Donny); Gina's children, Greg, Doug and Allison Reilly and a large family of nieces, nephews and their children, and many loyal, lifelong friends. He was predeceased by his parents, Paul and Sheila Groetzinger and his brother, Roderick Groetzinger.
A memorial service will be planned for a future date.
Published by Stamford Advocate & Darien Times & New Canaan Advertiser & Danbury News Tim on Sep. 8, 2021.
To plant trees in memory, please visit the Sympathy Store.
MEMORIAL EVENTS
To offer your sympathy during this difficult time, you can now have memorial trees planted in a National Forest in memory of your loved one.
Funeral services provided by:
James A. McAlister Funerals & Cremation
MAKE A DONATION
MEMORIES & CONDOLENCES
Sponsored by James A. McAlister Funerals & Cremation.
15 Entries

Michael Boucher
Friend
September 22, 2021
How do I express my love for Mac we met in grade school & had a lifelong friendship of adventure's. We developed a mutual love for the restaurant business. A better group of friends from Shippan are a source of wonderful memories. We did many a dumb idea together but always did our best. Mac I miss you & your zest for life RIP my friend
Michael Boucher
Friend
September 22, 2021
An angel has returned to heaven! A most wonderful and endearing ray of sunshine. Your laughter and the smiles you brought to us all will be sorely missed but never forgotten. Rest in Peace my friend, it was a privilege and I thank you.
Nick Toscano -
September 18, 2021
Jonathan Milord
Friend
September 14, 2021
I knew Mac from when we were young kids. Today I learned of his passing and it made me ache to my core. Mac was not only a friend but one of the the nicest guys I have been privileged to know. My sincere condolences go out to his loving family and his huge circle of friends. Thank you Mac for bringing so much cheer to so many!!!
Steve Simms
September 12, 2021
So many memories. Worked with/for Mac at several restaurants. Went with him (from Mulligan's) to visit what would become the Redding Roadhouse, then a biker bar with a piranha tank in the entrance. Later we would work Mother's Day together at the RR. For a spell, I lived in a cottage there. Condolences to Gina, his family and friends. Big hugs.
Wendell Anderson
Work
September 12, 2021
I have known Mac since 7 th grade. We met up one time at the old Elks club next to Curley's diner and became instant friends. In the early 2 thousands he came here to Ponte Vedra Beach working on building Mackenzies Resturant which I tried to help him in every way. Then he opened Patty Mac's with the Morgan family. We had alot of great times with all! When it's my turn Mac when I get there I will Help you " sprinkle the infield ". RIP brother lov fireman Dan.
daniel wortmann
Friend
September 12, 2021
Mac, thanks for all the fun times at Redding Roadhouse and the best wedding reception you have my wife and I. We still reminisce about you singing " Last Call " at closing numerous times. R.I.P. my friend. LD and Muriel
LD
September 9, 2021 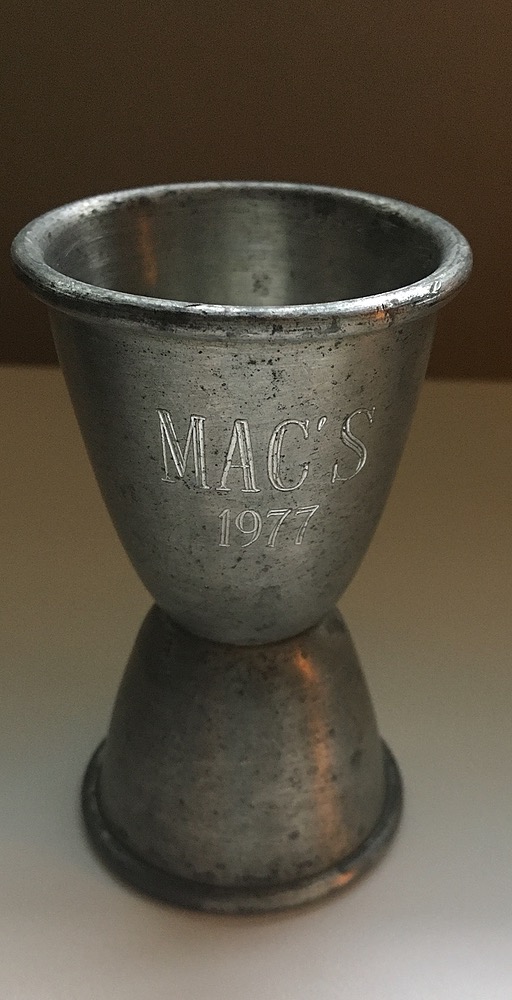 Fond memories of Mac serenading the dinner crowd with "Ain´t misbehaving". Condolences to the family.
Pete Maloney
Friend
September 9, 2021
Mac, You made the whole Town Crew feel like family at the Roadhouse and I will never have a St. Paddys day as good as yours again! I hope you're singing a song or two with Elvis!
Larry Kulowiec
Friend
September 9, 2021
Mac was our neighbor, our friend and at one time my employer. He was a true force of nature. I learned the art of improvising when I worked a catering gig with Mac. Although I have not seen him in decades I can still hear his robust laugh and remember his smile. My deepest sympathy to the family.

Helen McAllister-Ross
Friend
September 9, 2021
Mac is the reason I became senior class president in 1973. He drew a number of posters that were great and they were the reason I won. Such a giving man filled with friendship and love. I will miss Mac and Roddy they gave me many gifts.
Chris Siladi
September 9, 2021
Sounds to me like a life well lived...
James Wood
September 9, 2021
He will be dearly missed. Much love to the familyh
Dana Winters
September 8, 2021
Showing 1 - 15 of 15 results