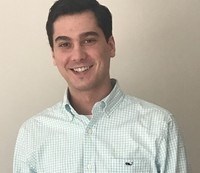 BORN
1997
DIED
2021
FUNERAL HOME
Hoyt Funeral Home
199 Main St
New Canaan, CT
Ryan Frederick Rothfuss
Ryan Frederick Rothfuss 23, of New Canaan, passed away unexpectedly on July 23, 2021. He was born in New York City at Mt. Sinai Hospital on August 15, 1997 to Frederick and Marylou Rothfuss of New Canaan.
Ryan was a beloved son, grandson, brother, nephew, cousin, boyfriend and friend. He was a gifted oil painter from the age of 7. Ryan loved art and American History (especially the American Revolution) and a world history buff. He was so proud of his Italian and German American roots. Ryan was a diehard NY Yankees fan, Star Wars fan and enjoyed classic films. He was a wonderful brother to Hope, John and William.
He attended Rippowam Cisqua School from 2001 – 2012. Then attended the Taft School in Watertown CT graduating in 2016. Ryan graduated with a Bachelor in History from Boston University in May 2020. He was going for his Master's Degree in History at The University College London in January of 2022.
Ryan is survived by his mom and dad and two brothers, John (18), William, (10) and a sister, Hope(21).
Services for Ryan were held privately. A Memorial Service will be held at a later date. Please refer back to the Hoyt Funeral Home website for times and dates.

Published by New Canaan Advertiser on Aug. 6, 2021.
To plant trees in memory, please visit the Sympathy Store.
MEMORIAL EVENTS
To offer your sympathy during this difficult time, you can now have memorial trees planted in a National Forest in memory of your loved one.
Funeral services provided by:
Hoyt Funeral Home
MAKE A DONATION
MEMORIES & CONDOLENCES
Sponsored by Hoyt Funeral Home.
1 Entry
To the Rothfuss family - I was so sorry to learn of Ryan's passing. I remember him, and your entire family, from my years at RCS, as gracious, quiet, lovely people and my heart goes out to all of you. I hope this reminds every parent to hug their child daily and to keep the Rothfuss family, and their beloved Ryan, in their prayers.
Former RCS Administrator
August 9, 2021
Showing 1 - 1 of 1 results