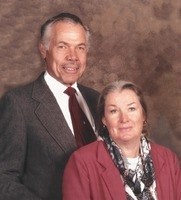 Your Mother’s story was so interesting; what wonderful life lessons she shared with everyone! My deepest sympathy to you in her passing; may the memories of your good times together and your Faith carry you through the days ahead.

“Those who live in the Lord never see each other for the last time.” - Goethe