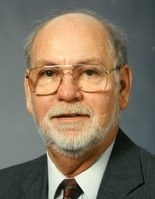 BORN
1936
DIED
2021
ABOUT
Nevada High School
FUNERAL HOME
Grandon Funeral and Cremation Care
414 Lincoln Way
Ames, IA
Richard Edward Opperman
Ames - Richard Edward Opperman, 85, of Ames, put his final drive down the fairway on April 30, 2021. Funeral services are pending due to the Covid-19 pandemic.
Richard was born in Ames, Iowa to Edward and Ethel (Wakeham) Opperman on January 31, 1936. Richard spent his early years in Nevada, Iowa and was a graduate from Nevada High School with the class of 1952. After high school Richard sold life insurance with John Hancock Life Insurance Company starting in 1960 until his retirement in 1991. Not one for the retired life Richard took on a second career, being a natural salesperson, he wanted to try his hand at selling real estate. Richard was hired by Hunziker and Associates and found his calling. He loved helping people buy and sell homes so much Richard stayed on until 2014, when he tried retirement again.
In his free time Richard would be seen walking into a golf club house moments after the doors were unlocked. His happy place was on the course; always trying to get better while relaxing from his busy life.
Richard will be missed by his wife, Helen, children; Doug (Terri) Opperman, and Vicki Jones, grandchildren; Joshua (Lexi) Opperman, Nicole (Fred) Weiss, Kristen Opperman, Katelyn Opperman and Melissa LaRonde, great grandchildren; Aubrey, Avery, Lelah and Kenny.
Richard is preceded in death by his parents Edward and Ethel, sons, Scott Opperman in 2003, and Bruce Opperman in 1959, siblings Norma Lodestein, Shirley Carmack, Jack Opperman, Robert Opperman, William Opperman , Butch Jacobson, Junior Jacobson, and Michael Jacobson.
Online condolences may be directed to www.grandonfuneralandcremationcare.com
Published by Nevada Journal from May 4 to May 6, 2021.
To plant trees in memory, please visit the Sympathy Store.
MEMORIAL EVENTS
To offer your sympathy during this difficult time, you can now have memorial trees planted in a National Forest in memory of your loved one.
Funeral services provided by:
Grandon Funeral and Cremation Care
MAKE A DONATION
MEMORIES & CONDOLENCES
1 Entry
He was a great friend and always the gentleman. My deepest sympathy to Helen and family. We have some good memories.
Elaine Clark
Friend
May 7, 2021
Showing 1 - 1 of 1 results