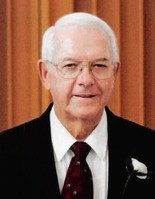 BORN
1936
DIED
2020
FUNERAL HOME
Rasmusson-Ryan Funeral Home & Crematory - Nevada
1418 Fawcett Parkway
Nevada, IA 50201
Walter McDonald
Nevada - Walter A. McDonald, 84, of Nevada, passed away on December 24, 2020 at Rolling Green Village of complications from Covid-19. He was born June 1, 1936 in Melrose, Iowa to Frank and Verla McDonald. He graduated from Mystic High School in 1954 and became involved in family farming and trucking operations. He later worked for the Iowa Department of Transportation for 42 years until retirement in December 1997. Much of his career was devoted to research, development and administration of special projects in the broad realm of transportation safety.
On November 8, 1958 (the opening day of pheasant season), he was united in marriage to Christine Sacco at St. Mary's Catholic Church in Centerville. He is survived by his wife and four children; Denise (Steve) Maze of Cedar Rapids, Steve (Lori) McDonald of Nevada, Karen (Jeff) Burdick of Altoona, Scott (Becky) McDonald of Slater, and grandchildren Allison (Cory) Vancura, Lauren Maze, Tyler (Courtney) McDonald, Katie Burdick, and Alex and Harley Rozeboom. His parents, five brothers and two sisters preceded him in death.
He was a member of St. Patrick's Catholic Church in Nevada for 60 years and held a variety of service positions throughout. Walt served in the Iowa National Guard. He was a charter member of the Nevada Junior Chamber of Commerce, and a past member of Toastmasters International. He served terms on both the Nevada and Story County Planning and Zoning Commissions and was a former member of the Nevada City Council. Walt had a lifelong interest in the outdoors that included concerns for the environment and conservation of our natural resources. He was a member of the Ames Izaak Walton League and volunteered with the Story County Conservation Board and other local activities. He was a long time volunteer in the Iowa Games shooting sports.
Walt was a loving husband, father and grandfather. Throughout his life, he was honest, fair and hard working, and strived to do his best for the most. His final 18 months were very difficult, yet he carried himself with courage and dignity. In spite of it all, he did not complain and retained his intelligence and dry wit until his final days.
The family would like to thank the staff of Rolling Green Village for their care and compassion.
Services will be held privately. The service will be live streamed at 10 a.m. Saturday, January 2, 2021, on the Rasmusson-Ryan Funeral Home website (www.rasmussonfh.com) and can be viewed by clicking on Walt's photo, then the tribute wall.
Memorials may be directed to the Nevada Public Library or St. Patrick's Catholic Church of Nevada.
Rasmusson-Ryan Funeral Home in Nevada is handling arrangements. Condolences may be sent to the family at www.rasmussonfh.com
To plant trees in memory, please visit our Sympathy Store.
Published by Nevada Journal from Dec. 28 to Dec. 31, 2020.
MEMORIAL EVENTS
Jan
2
Service
10:00a.m.
Rasmusson-Ryan Funeral Home & Crematory - Nevada
1418 Fawcett Parkway, Nevada, IA 50201
Funeral services provided by:
Rasmusson-Ryan Funeral Home & Crematory - Nevada
MEMORIES & CONDOLENCES
0 Entries
Be the first to post a memory or condolences.