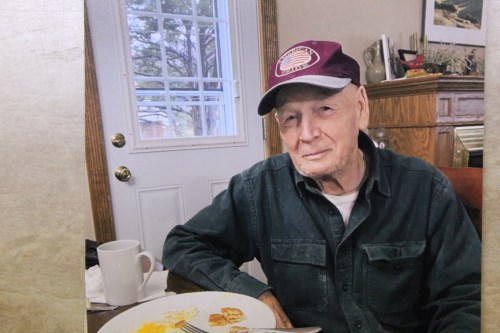 Clifford Robets Sr., 85, of Tunkhannock, passed away at the River View Nursing Home in Wilkes-Barre on Sunday, Nov. 21, 2021.

He was born in Tunkhannock on Aug. 15, 1936, and was the son of the late Leslie and Louisa Wall Robets.

His wife of 56 years was late Linda Platt.

Cliff served in the U.S. Marine Corps and worked as a boilermaker for many years until his retirement. He was a member of Local 13.

He had many friends and would frequently gift them with his specialty, homemade cinnamon rolls. If someone needed a ride to a medical appointment, shopping or a small home repair, he would be there to help day or night. He thoroughly enjoyed his Wednesday evenings at the Moose Lodge with his best buddy Bob Ross as they tried to win shuffleboard matches against Debbie and Alyce.

In addition to the Moose, he was also a member of the Black Walnut American Legion and Kiwanis.

The family would like to thank Patty and Connie, his caregivers over the past year for their help and friendship, as well as Lester Puterbaugh of Meshoppen Pizza for always having his plate of pepperoni ready.

A memorial service will be held Wednesday, Dec. 1, at noon from the Tunkhannock Assembly of God Church at 181 Bridge Street, Tunkhannock, with pastor Richard Womer officiating. A visitation will be held at the church from 10 a.m. until the time of the service. Interment will follow at the Sunnyside Cemetery, Tunkhannock.