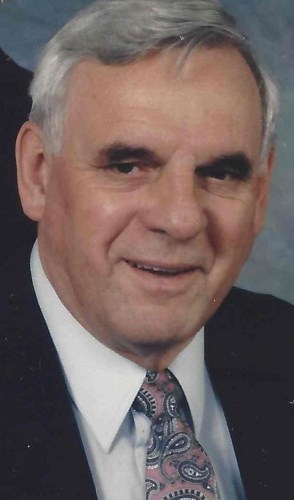 Gerald Byron Irwin, 95, of Tunkhannock, passed away on Saturday, Jan. 1, 2022, at the Gardens at Tunkhannock, joining his beloved wife of 73 years, Jean, in eternal rest.

Born Feb. 27, 1926, in Clearfield County, to Byron and Viola Irwin, Gerald was preceded in death by his sisters: Margaret Ruth (Irwin) Jamison, and Grace (Irwin) Bachelier.

He is survived by his brother-in-law, Samuel Bachelier.

As a decorated 23-year veteran, Gerald dedicated his life to the Armed Forces, having first served a four-year term in the Navy during World War II, followed by 19 years in the Army, where he retired as Chief Warrant Officer, with such notable accomplishments as working on the Nike Missile Program during his tenure. He, along with his wife and four daughters, lived throughout Europe and the U.S. in service of our country, finally settling in Wyoming County.

Gerald's 'retirement' would be short lived, however, as he soon joined the ranks of the first employed plant managers at Procter & Gamble's flagship location in Mehoopany, overseeing the engineering and maintenance divisions. He spent 20 years alongside many esteemed colleagues, finally retiring in 1986.

As patriarch of the Irwin family, Gerald was preceded in death by his wife, Jean Irwin; his eldest daughter, Sandra Vieczorek; and his grandson, Randal Vieczorek.

Jerry was a travel enthusiast. He and his wife made countless road trips West during their retirement together and were notorious for scenic drives throughout the mountains of Northeast Pennsylvania Jerry was a Freemason, an active member of the American Legion, a tenacious bridge player, a Penn State and Green Bay Packer fan, and a man who could fix just about anything under the sun.

Integrity, loyalty, and dedication to service were paramount qualities of his character. His passing closes an era for his family that will be revered and celebrated forever.

In lieu of flowers, Gerald's family requests donations to the Dietrich Theater in honor of his daughter, Sandra, who dedicated many years of her life to its success. Contributions can be made on the Dietrich Theater's donation page on its website, www.dietrichtheater.com/dietrich.aspx?id=223.

A private full military service is being held at Fort Indiantown Gap at a later date.

Published by Wyoming County Examiner on Jan. 4, 2022.
To plant trees in memory, please visit the Sympathy Store.
MEMORIAL EVENTS
To offer your sympathy during this difficult time, you can now have memorial trees planted in a National Forest in memory of your loved one.
Funeral services provided by:
Sheldon-Kukuchka Funeral Home - Tunkhannock
MAKE A DONATION
MEMORIES & CONDOLENCES
Sponsored by Sheldon-Kukuchka Funeral Home - Tunkhannock.
0 Entries
Be the first to post a memory or condolences.