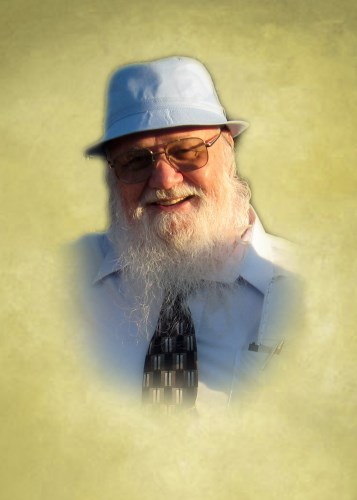 Harry Samuel Dombek, 85, known to others as Rabbi, Sholeach (which means someone sent in Hebrew), Shemuel, or just Harry, passed away on Tuesday, Dec. 21, 2021, at his home near Tunkhannock.

In his late teens and early 20s, Harry participated in body building and actually was runner-up in a 'Mr. Anthracite' contest.

He worked in sales for a number of companies over the years, including Top Value Stamps, Prince Macaroni, various cemetery associations, and pharmaceutical giants Massengill and Purdue Frederick. Harry loved the outdoors and enjoyed hunting and fishing, especially in his earlier years. He still did some limited deer hunting until very recently.

Harry became a born-again Christian in 1958, and received the baptism of the Holy Spirit that same year. He has continued to be led by the Holy Spirit for more than 63 years.

To some degree or another, Harry was involved in ministry work much of his life, particularly in the past 40 years. When he discovered his Hebraic roots in the late 60s and early 70s, Harry referred to himself as a 'Hebrew Christian.' Later, that morphed into 'Messianic.' He touched innumerable people through his ministry.

Harry was a strong-willed person who would always fight for causes he believed in. He was a loving father, grandfather, uncle, etc. and always greatly enjoyed spending time with his family. Those who spent time with Harry in recent years were familiar with his famous 'Mountain Buck' coffee.

Harry was preceded in death by his parents; son, Mark Dombek in 1984; wife, Almah Dombek in 2006; plus other siblings and extended family members.

A private graveside service was held on Thursday, Dec. 23, at Fern Knoll Burial Park in Dallas, with Pastor Rick Womer of the Tunkhannock Assembly of God Church presiding, and others present participating in the service.

A celebration of life for Harry will be held in the spring of 2022.

Published by Wyoming County Examiner from Jan. 3 to Jan. 4, 2022.
To plant trees in memory, please visit the Sympathy Store.
MEMORIAL EVENTS
To offer your sympathy during this difficult time, you can now have memorial trees planted in a National Forest in memory of your loved one.
Funeral services provided by:
Sheldon-Kukuchka Funeral Home - Tunkhannock
MAKE A DONATION
MEMORIES & CONDOLENCES
Sponsored by Sheldon-Kukuchka Funeral Home - Tunkhannock.
4 Entries
Hello my condolences go out to the entire family. My uncle Harry will be deeply missed, I am so glad we had such good times together. I will always remember arranging family reunions with him and spending time on the mountain. Its been a pleasure being his niece all this years. Although the days are lonely and grey now, god is close . Sending everyone warmest thoughts during this time. Love,Sherry
Sherry L Weitz
Family
January 6, 2022
Rabbi was indeed very instrumental in our lives and very good to us. Our condolences to the family.
Keith & Emily Hunte
Friend
January 3, 2022
David and family, it was to my dismay when I told of my long-time counseling friend passing to Father Yahweh's arms where is Harry strived to be when his calling came. I send all my condolences to you David and your family.
Guy Martin
January 1, 2022
David and Family: I'm very sorry for your loss. After reading the obituary, your father led an incredible life.
Andy Palumbo
December 30, 2021
Showing 1 - 4 of 4 results