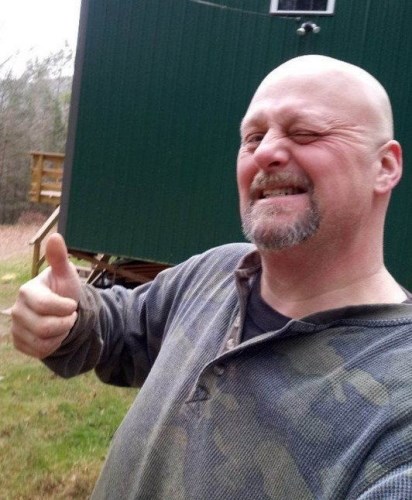 Born and raised in Bethlehem, he was the son of Karen (Meytrott) Kritchen of Pinellas Park, Fla., and the late Wayne E. Evans.

J.R. was an American original, smart, skilled, capable and curious. His monumental sense of humor and gift for storytelling made people laugh till they cried. You knew when he entered the conversation or the room. He relished mischief, adventure and the occasional excess.

An intuitive cook, he trained at the Art Institute of Philadelphia's culinary program and worked in several Philly restaurants including the former Locust Club, under the direction of Chef Philippe Chin. He then moved to the Outer Banks where he served as chef at The Roadhouse Bar & Grill in Duck, N.C.

While living at Lake Carey, he was chef at the Summerhouse Grill in Montrose, the Warren Hotel in Tunkhannock and, most recently, The Blogg Pub & Grill, also in Tunkhannock.

Despite being gregarious, J.R. valued solitude. Drawn to the remoteness of wild places, he spent countless happy hours trout fishing and hiking in Pennsylvania's streams and woods.

J.R. was a second-generation member of Black Rock Camp, located along the Pine Creek in Lycoming County. He was instrumental in recent improvements there and his craftsmanship can be seen all over the camp.

In January 2020, he began a stoic battle with a series of life-threatening medical issues that were worsening. Unwilling to lose his independence, J.R. chose his own end.

In addition to his mother, he is survived by stepfather, John 'Jack' Kritchen of Pinellas Park, Fla.; a sister and brother-in-law, Liz Evans Scolforo and Mark Scolforo of Lemoyne; an aunt and uncle, Linda and Ron Ziegler of Northampton; and cousins.

A celebration of his life will be held in summer 2022 for family, friends and former co-workers.

Published by Wyoming County Examiner from Nov. 29 to Nov. 30, 2021.
To plant trees in memory, please visit the Sympathy Store.
MEMORIAL EVENTS
To offer your sympathy during this difficult time, you can now have memorial trees planted in a National Forest in memory of your loved one.
Funeral services provided by:
Sheldon-Kukuchka Funeral Home - Tunkhannock
MAKE A DONATION
MEMORIES & CONDOLENCES
Sponsored by Sheldon-Kukuchka Funeral Home - Tunkhannock.
2 Entries
I am saddened to hear of JR´s passing. We were neighbors, we lived on Kingsley Dr. So we all grew up and went to Elementary school together at Clearview. I pray he found the peace he needed to rest comfortably in paradise and will see what gods beauty will behold. My deepest condolences at this difficult time. Prayers and love to you all
Mindy Heckenberger-Burger
December 22, 2021
My sympathy to Karen and Liz. I will always have fond memories of JR and the days on the Delaware River netting shad to transfer to the Lehigh River. He was a natural.
Shirley Chiles
December 20, 2021
Showing 1 - 2 of 2 results