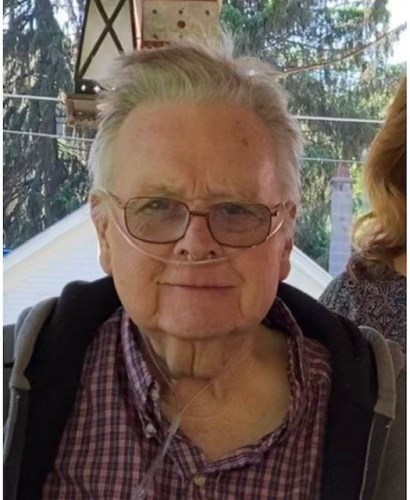 Born on June 2, 1943, he was the son of the late Arthur P. Valentine and Merre E. (Martin) Valentine of Laceyville.

In addition to his parents and siblings (Joyce, Keith, Janet, Alice, and David), he is preceded in death by his son, Kenneth M. Valentine II (d. August 25, 2021.)

Ken attended Wyalusing Area schools and first worked as a mechanic at automotive garages in Tunkhannock and Vestal, N.Y. areas. He then worked for his father's cable television business and then for 39 years as resident manager of Blue Ridge Cable Company, Tunkhannock. He spent many years of dedicated service to the Laceyville Goodwill Fire Company (serving several terms as both President and Fire Chief), the Laceyville Ambulance Association, and played a key role in the establishment of the Wyoming County 911 Center.

At his request, there will be no services.

In lieu of flowers, the family kindly asks that you make a memorial donation to the Mehoopany Ambulance Association, the United Methodist Church of Forkston, or the Laceyville Goodwill Fire Company.

Condolences may me left for the family at www.SheldonFuneralHomes.com.

Arrangements were made with the Sheldon Funeral Home, 459 Main Street, Laceyville.

Published by Wyoming County Examiner on Jan. 4, 2022.
To plant trees in memory, please visit the Sympathy Store.
MEMORIAL EVENTS
To offer your sympathy during this difficult time, you can now have memorial trees planted in a National Forest in memory of your loved one.
Funeral services provided by:
Sheldon Funeral Home - Laceyville
MAKE A DONATION
MEMORIES & CONDOLENCES
Sponsored by Sheldon Funeral Home - Laceyville.
1 Entry
So sorry for your loss.Please accept our deepest sympathy Kenny will be deeply missed Jeanette Praefke and Chris Praefke
[email protected]
Friend
January 5, 2022
Showing 1 - 1 of 1 results