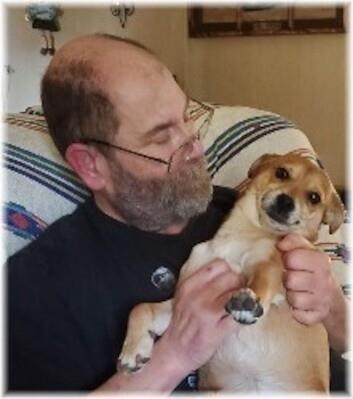 Born September 14, 1962 in Newark, Ohio he was the son of the late Michael R. and Jane A. (Winters) Rice and was a 1980 graduate of Licking Valley High School. For many years he operated Jones Radiator Service of Newark and more recently he was employed in the quality control department of Harry & David at Heath, Ohio. Michael was also an expert fireworks pyrotechnician. He enjoyed riding his Harley motorcycle and mowing his large lawn.

In addition to his parents, he was preceded in death by a sister, Sue Hayes.

There will be no public calling hours. Memorial services will be held at a later date.

Published by Advocate from Feb. 13 to Feb. 14, 2021.
To plant trees in memory, please visit the Sympathy Store.
MEMORIAL EVENTS
To offer your sympathy during this difficult time, you can now have memorial trees planted in a National Forest in memory of your loved one.
Funeral services provided by:
Vensil & Chute Funeral Homes - Frazeysburg
MAKE A DONATION
MEMORIES & CONDOLENCES
Sponsored by Vensil & Chute Funeral Homes - Frazeysburg.
15 Entries
In loving memory of a wonderful person. We will love you and miss you
always. I always looked forward to Mike being at work always a kind words and will definitely be missing you. Bless you and RIP MIKE

Denise Jones
Coworker
March 4, 2021
We will all miss Mike. He will be in our hearts and thoughts. He was a super nice guy and a hard worker.
Shirley Johnson
Coworker
February 18, 2021
Teresa, I'm so sorry. If there's anything we can do to help you out just yell. Mikey was more than just a co worker. He was a big brother to many. Willing to help any way he could. Even if it was just to make you laugh when season got the best of us. Fly high brother all your pain is gone RIP Mikey
CHERYL ONEAL
February 17, 2021
I am very sorry for your loss. I worked with his sister at Lazarus in fine jewelry counter. I remember when I was a kid, going to the radiator shop with my father and he has always been nice & accommodating while working with his Dad. It was very impressive to see them fix radiators. They were such great friendly people and very helpful. He will be missed by people who truly care for them.
Auctioneer Gregory Smith
Friend
February 16, 2021
Dear Teresa. So sorry for your loss. We all got to know Mike from working at Schmidty's Marathon. Your Mom (Shirley) had been keeping in touch with us about him. Keeping you in our thoughts and prayers
Pam Spring
February 15, 2021
Mike and his parents were my neighbors on Brice St. They were always giving us a helping hand never asking for anything in return. When our mother passed they took my teenage brother, Tim in to there home! I never got to know Tiny very well as an adult as I moved away ,but if he turned out anything like his Parents Iam sure theres a place in Heaven for him! forever grateful
Fred Martin
Neighbor
February 15, 2021
Mike was a uplifting person always new what to say to brighten up a bad day at work! He will be missed , prayers for the family!
Linda Wells
Coworker
February 15, 2021
Sending my condolences to his family and friends . Prayers are with you in this time of grief
Barb
Coworker
February 15, 2021
Mike was a great guy
We always talked in the cafeteria at work.
He will be missed...
Sending my condolences to his family and friends .
RIP my friend.
Barb
Coworker
February 15, 2021
When his mother and father died we lost contact with him. I am so sorry to hear that he passed away. Mike was family and we will miss him very much. I am sorry we didn't stay in contact he will be missed. Love Uncle Joe
Joseph baker
Family
February 14, 2021
May God bless you and your family in this time of sorrow. Mike was a great co-work and I learned a lot from him. He will be missed greatly. Praying for the family.
Rhonda LeFevre
Coworker
February 14, 2021
Mike always seemed to have a way of making people around him laugh. I will always have the Lad Vegas trip in the airplane laughed so hard we both were crying. I will miss you fly high with the angels R.I.P you are already missed.
Gwendolyn Amore
Friend
February 14, 2021
Teresa, Mike and I are sending you Love, Hugs and prayers to help you get through this terrible loss of your husband. You are in my thoughts and prayers.
Barbara Mason
Friend
February 14, 2021
Love, Thoughts and Prayers to the family at this time of great loss.
Gary Babcock
Friend
February 13, 2021
Teresa,
So sorry to hear this. Peace and comfort to you and your family. Mice was a wonderful and caring man.