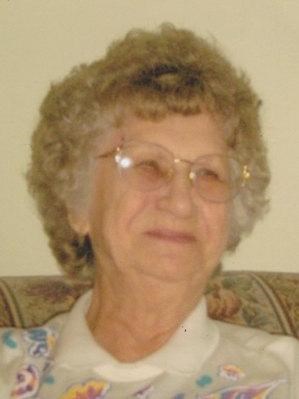 NEWARK: A funeral service for Pearl "Bonnie" Lybarger, 91, of Newark will be held at 1 PM on Wednesday, October 23, 2013 at Brucker-Kishler Funeral Home with Pastor Anthony Payton officiating. Burial will follow at Newark Memorial Gardens.

Mrs. Lybarger passed away on October 19, 2013 at Flint Ridge Nursing Home in Newark. She was born on October 14, 1922 to the late Charles Stanley and Emma B. (White) Detty in Junction City, OH.

In addition to her parents, she is preceded in death by her husband, Willis C. "Bill" Lybarger; 1 grandchild; 2 great-grandchildren; brothers, John Detty and Harry Detty; and sister, Mary Lou Clark.

Mrs. Lybarger was a Nurses Aide at Flint Ridge Nursing Home for many years. She loved her family and was a devoted mother and grandmother. She enjoyed gardening and flowers.

Memorial contributions can be made to Generations Hospice, 65 McMillen Dr., Newark, OH, 43055.

Published by Advocate on Oct. 21, 2013.
To plant trees in memory, please visit the Sympathy Store.
MEMORIAL EVENTS
To offer your sympathy during this difficult time, you can now have memorial trees planted in a National Forest in memory of your loved one.
Funeral services provided by:
Brucker & Kishler Funeral Home
MAKE A DONATION
MEMORIES & CONDOLENCES
19 Entries
Mom, I miss you so much, one of these days we will be together again. I will
love you forever. Sue
November 12, 2013
Doug and Judy,
Sorry for your family's loss of your mother. She's in God's care now but will live within your hearts forever.
Twila Gordon Paradis
October 28, 2013 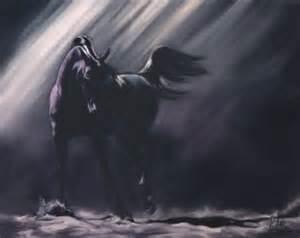 Greg and Family, My thoughts are with you as you grieve the absence of you Mom. The tide recedes but leaves behind bright seashells on the sand, the sun goes down, but gentle warmth still lingers on the land, the music stops, and yet it echoes on in sweet refrains.... For every joy that passes something beautiful remains. Just remember to let your Mom dance in the shadows of your heart and she will always be with you.
Kathy Miller (Roffey)
October 24, 2013
Sorry to hear of Bonnie's passing. We worked together for many years. She was a hard working, caring woman. Prayers to all of the family.
Vicki Factor
October 24, 2013
So sorry for your loss. Thinking of you all. You are all in my thoughts and prayers.
Heather Hollar
October 23, 2013
Grandma, you will be forever in our hearts as you make your way to heaven. We will always remember your beautiful smile, your love and your gentle touch. We Love You Grandma. Richard and Karin
Richard Werner
October 22, 2013
To all my Lybarger family...I am sorry for you lose of a special caring and wonderful Woman. I know there were many Open arms in Heaven who greeted her in Heaven and one being her brother and my father John...I will remember her hugs and how she always made me feel loved..living in southwest Utah I won't be there in person but just know I am in spirit.. Much Love and prayers sent your way...
Carolyn Scanlon(Detty)
October 22, 2013
Dear Jan and Penny, I am so sorry to hear of the loss of your mother .Sending hugs to the family
Elaine Newton
October 22, 2013
So sorry for your loss Jan, take care and bless you and your family!
Cindy Offenburger
October 22, 2013
Sue, Sorry to learn of your Mother's passing. May the Lord give you comfort and strength during this time of grief. You and your entire family are in my thoughts and prayers.
Barbara Waldren
October 22, 2013
Rest in Peace Great Grandma Bonnie :-) I wish I could have met you... <3 You are now with the Lord. I will meet you in Heaven. :-)
Nicole Lybarger
October 22, 2013
sorry for your lost if you need to talk call me
October 21, 2013
Doug-Greg-Sue
My Thought's and Prayers are with you'all.
Terry (Lumpy) Watson
October 21, 2013
Sue, Our thoughts and prayers to you and your family in the loss of your Mother.May god give you the comfort you need in this trying time.
Ed & Ann Nichols
October 21, 2013
Greg, So sorry for your loss!
Fred Speaks
October 21, 2013
wally moran
October 21, 2013
Greg and Family
Sorry to hear of your mothers passing. Our thought's and prayers are with you.
Jimmy, Brenda, Jimmy Jr & Brenda Myers
October 21, 2013
I am so sorry to hear of Mrs. Lybarger's passing. I know she is in a better place and her suffering is over now. Please let me know if there is anything I can do beside prayer. Please let the good Lord help in your time of grief and remembering all the good times really does help.
Ron Priest
October 21, 2013
Sue, sorry to hear of your loss. May you cherish the memories of your mother's long life. God bless and comfort you and your family.
Connie (Jacks) James
October 21, 2013
Showing 1 - 19 of 19 results