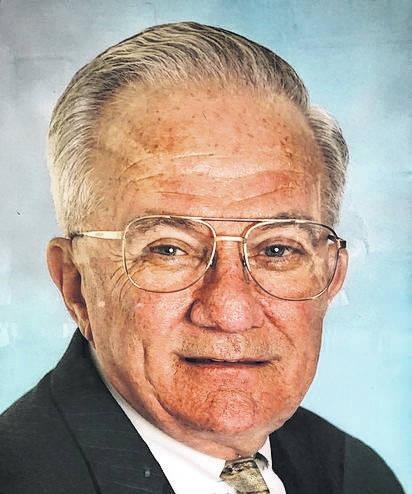 Born April 9, 1930, in Abbeville, S.C., he was a son of the late Anne Louise Cheatham Lander and the late William Jones Lander. He graduated from Abbeville High School, attended N.C .State University and Erskine College, and graduated from Lander University in 1986.

James Lander exemplified love and commitment. He was a loving husband, father, friend, a soldier and a family man. He demonstrated and lived by his Christian beliefs. He spent years serving his country and state, community, and church.

After retiring from the S.C. Army National Guard, he commanded the S.C. State Guard with the rank of major general (S.C.).

A man of faith, Jim was a member of First Baptist Church of Newberry where he served as a deacon, Sunday School teacher, and member of the choir. One never had to wonder how he would receive you, always with love and happiness!

He especially enjoyed spending time with his family and friends and loved sitting on the front porch "where the flags are always flying" with Jolene and his dog Chloe. He will be missed dearly.

Jim is survived by his loving wife of 68 years, Jolene Smith Lander, his children Britt Snelling (Howard), of Fort Mill, Leslie Orr (Sam), of Newberry, Gail Floyd (Lewie), of Lexington, Jeannie Brehmer (Henry), of Kinards, and LTC (Ret) David Lander (Kim), of Fort Mill. He is also survived by his grandchildren, who he helped raise, Shannon Beckham Berley (Will), of Prosperity, Andrew Beckham (Nichole), of Blair, and Samuel Beckham (Courtney), of Newberry, a brother Robert Benjamin Lander, of Due West, and his chosen special family friend Kathy Sadler. Jim has 15 grandchildren and 22 great grandchildren.

In addition to his parents, he was predeceased by his daughters, Terrie Lander Duffy and Vickie Lander Beckham.

A special thank you to all of his caregivers and to Prisma Health-Hospice.

Friends were invited to view and sign the register at Whitaker Funeral Home, 1704 College Strett, Newberry on Monday, November 2 and Tuesday, November 3 between the hours of 10 a.m. and 4:30 p.m.

Graveside funeral services with military honors will be conducted at 1:00 p.m. on Wednesday, November 4, 2020, in Newberry Memorial Gardens with the Rev. Dr. Kenneth Harmon officiating.

To those attending the graveside service on Wednesday, it is the request of the family that all adhere to COVID-19 recommendations including wearing a mask and practicing appropriate distancing. It is also requested that you allow them to return to their cars without interruption at the conclusion of the service and those desiring, take a drive down Main Street and give a honk and a wave as you pass the house "where the flags are always flying." Your love and friendship are very meaningful to all of them.

Messages may be shared with the family at www.whitakerfuneralhome.com.