BORN
November 4, 1937
DIED
April 15, 2021
FUNERAL HOME
Duksa Family Funeral Homes at Burritt Hill
332 Burritt Street
New Britain, CT 06053
Richard A. Martin, of Old Saybrook, loving husband of Peggy (Baclawski) Martin, went home to be with his Lord and Savior Thursday, April 15 at THOCC New Britain campus, with his daughters by his side. Richard was born in Madawaska, Maine on Nov. 4, 1937 to the late Armand and Lucy (Morin) Martin. He grew up in Elmwood, Conn. and graduated from Hall High School Class of 55. Following his graduation, Richard enlisted in the United States Air Force as a Tactical Aircraft Maintenance Specialist. He treasured the time spent serving his country and had a special affinity for the military and veterans.
Richard and Peggy were married for 58 years and raised their children in Berlin where they made many memories. Richard owned and operated Richard's Appliance Service which brought many friendships and lasting relationships. He loved his work and interacting with his customers and fellow repairmen. He was also an active member of the Berlin Lion's Club and looked forward each year to the Berlin Fair where he could be found working the Main Gate and the Beer Booth.
Richard was a true family man introducing his children to fishing, boating, camping, and yearly family vacations. His hobbies included bowling, horse shoes, jarts, corn hole, ladder ball, and basketball always enjoying the friendly competition. In addition, he was an avid Boston Red Sox and UConn Men's Basketball fan. Richard had a witty sense of humor that surrounded his kind and loving core. He will be deeply missed by his wife Peggy. In addition to his wife, Richard is survived by his children, Carrie Rametta and husband Bob, Brian Martin, Todd Martin and wife Laurie, and Suzanne Ferreira. Richard also leaves his eight beloved grandchildren, Alex, Erin, Hannah, Jared, Jenna, Heather, Gabrielle, and Alyssa. He is additionally survived by a sister Pat Gai and husband Bob, a brother Roger Martin, a step sister Nicole Condon and husband Rich, and a sister and brother in law Lorrie and Richard Pizzuto as well as many relatives and friends. In addition to his parents, he is predeceased by his son Gregory John Martin, his daughter in law Diane Martin, and his brother in law John Baclawski. Richard will be laid to rest during a private ceremony at Sacred Heart Cemetery, New Britain, with full Military Honors. The family will extend an invitation to family and friends to celebrate his life at a later date. Burritt Hill Funeral Home, 332 Burritt St., New Britain, has care of the arrangements. Donations in Richard's memory can be made to the Wounded Warrior Project. To share a memory with Richard's family, please visit Duksa.net.
To plant trees in memory, please visit our Sympathy Store.
Published by The New Britain Herald on Apr. 21, 2021.
MEMORIAL EVENTS
No memorial events are currently scheduled.
To offer your sympathy during this difficult time, you can now have memorial trees planted in a National Forest in memory of your loved one.
Funeral services provided by:
Duksa Family Funeral Homes at Burritt Hill
MAKE A DONATION
Please consider a donation as requested by the family.
MEMORIES & CONDOLENCES
Sponsored by Duksa Family Funeral Homes at Burritt Hill.
2 Entries 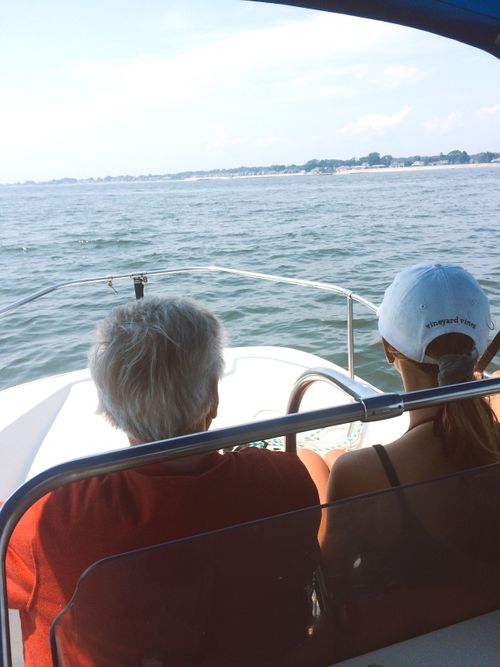 Peps, love you the most and we will miss you so much. Thank you for the endless memories that I will always cherish. You made me laugh uncontrollably and always made me smile. You were such an amazing man and I am so happy to have been able to have you in my life.
Love,
"Header"
Heather Martin
Grandchild
April 23, 2021
I grew up in Elwood with Richard in the good ole days 40’s and 50’s. We all went our separate ways after High School. He went to the Air Force and I went into the Navy and jserved in the Submarine service for 20 yrs. Retired in 1975
Pls accept my condolences for your loss of Richard. Friends are forever and he will be sorely missed by family and friends
Charlie Szad
April 22, 2021