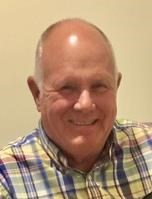 BORN
1942
DIED
2021
ABOUT
Tabor Academy
FUNERAL HOME
Cremation Society of Connecticut
807 Bloomfield Ave.
Windsor, CT
C. Brooks Temple
July 10, 2021
Charles Brooks Temple, Jr., age 78, died peacefully at his home in Southbury on Saturday, July 10, 2021 of pancreatic cancer. He was the son of the late Charles Brooks Temple and Jean Milne Colburn and the stepson of the late Gordon Sterling Ierardi. Born in Boston, Massachusetts, December 6, 1942, he grew up in Old Greenwich, Connecticut where he attended public schools as well as King School in Stamford, Connecticut and Tabor Academy in Marion, Massachusetts. Brooks proudly served in the US Marine Corps from 1964 -1967 before studying at University of Denver. He followed his heart in many employment ventures before discovering his true passion and skill in the management of affordable housing communities. This led to a successful and fulfilling volunteer career as a co-founder of the New Milford Affordable Housing (NMAH), a nonprofit organization dedicated to the pursuit of funding toward the development of long term housing for those in need. Brooks' devotion to service will not end with his passing but will live on in the successful completion of the NMAH fifty two affordable and supportive family homes in New Milford. Not to be forgotten is Brooks' final job a school bus driver. "Mr. Brooks" brought his natural awareness of listening, fairness, arbitration, respect and just simply caring to ensure safe delivery of his charges to school and back home. Some, he included, would say he missed his calling!
He was a longtime resident of New Milford, where he became very involved with his community. His first notable contribution to the town was the restoration of The Booth House circa 1812, to house his family as well as a restaurant and subsequent bar in the renovated barn. No one knew or exuded hospitality like Brooks! This effort earned him The New Milford Trust for Historic Preservation Citation in 1982 while leading him to decades of leadership roles on the Planning and Zoning boards. He served for seventeen years as Chairman of the Commission on the Arts, working with its members to encourage and bring arts and cultural events to the community. A fervent believer in service to community, Brooks was involved in the local Rotary and the New Milford Hospital Planning and Development Committee. He also was a founder and sponsor of a Cub Scout Pack and Boy Scout Troop.
In addition to his parents, Brooks was predeceased by his wife, Susan Beardsley Temple. He is survived by his wife Cappy Doran Temple, his son Charles Brooks (Broo) Temple IV (Jennifer) of Lincolnville, Maine and his daughter Cameron Temple Peburn (Ryan) of Sherman, Connecticut. Brooks also leaves his grandchildren Liefe and Haydee Temple along with Avery, Joseph and Grayson Peburn with memories of laughter and love of music. Brooks is also survived by his sisters Katharine Temple Azoff (Marc), Susan Ierardi Kenyon Clark (Dick) and Laura Ierardi Pugliese (Paul) and his stepchildren Bear and Galen Fisher and Patrick Simmons, as well as many nephews, nieces and loving friends.
There will be no calling hours. Brooks chose to celebrate his time here with family. On June 6th of this year thirty three family members joined Brooks, Dad, Grampy and Uncle Brooks for a day full of love and laughter - hospitality at its best.
Please, support all cancer research and always, offer a smile to a stranger.
Published by New Milford Spectrum & Danbury News Times & Greenwich Time on Jul. 12, 2021.
To plant trees in memory, please visit the Sympathy Store.
MEMORIAL EVENTS
To offer your sympathy during this difficult time, you can now have memorial trees planted in a National Forest in memory of your loved one.
Funeral services provided by:
Cremation Society of Connecticut
MAKE A DONATION
MEMORIES & CONDOLENCES
Sponsored by Cremation Society of Connecticut.
0 Entries
Be the first to post a memory or condolences.