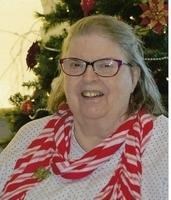 Dianne Bongiorno
Dianne Kay Bongiorno (Sherwood), 81, of Canaan, formerly of New Milford, passed away September 1, 2021 surrounded by her loving family. She was married to the late John (Jack) Bongiorno III for 45 years.
Dianne was born June 3,1940 in New Milford Hospital to the late Kenneth P. and Florence K. Sherwood. She attended New Milford schools and New Milford was where she met and married the love of her life, Jack. The two were married August 19,1961 at St. Francis Xavier Church. They went on to raise their three children, John, Judi and Marci, in the town they both grew up in and loved so much.
While Jack was busy running the family business, Western Auto and later, J&J Television, Dianne opened a business of her own, The New Milford Sandwich Shop, in the center of town. Dianne was known for her excellent cooking and baking skills. She was never able to keep up with the demand for her famous pies.
She was devoted to her family and was always by Jack's side supporting him in civic activities. Dianne was responsible for typing the District Spirit for the Lions Club and was at all the Fire Department parades watching Jack march. She was eager to embrace new technology and quickly adapted to computers, cell phones and her Kindle.
Sunday afternoons were reserved for family. Dianne would make special snacks and the whole family would sit and watch movies or football games together. Christmas was an extra special time with the smell of Dianne's many homemade coffee cakes that would be rising on any empty space available in the house. Family vacations to Disney World and the White Mountains of New Hampshire are fondly remembered.
Dianne is survived by her loving children and their spouses, John P. Bongiorno IV and his wife Dana of Litchfield, Judi Savoy and her husband Michael of Torrington, Marci Newton and her husband Rex of Kent and her beloved grandsons, Elijah John Newton and Joshua Michael Savoy. She is also survived by her brother, Kenneth Sherwood Jr., his wife, Maryellen, and their family.
The family wishes to thank the staff at Geer Nursing Home who loved and cared for Dianne in the last years of her life.
A private memorial service will take place at a future date. In lieu of flowers, the family asks that you please consider a contribution to The Possum Queen Foundation, P.O. Box 1507, Litchfield, CT 06759, a 501c3 charity that aids people in need in Litchfield County or St. Jude Children's Research Hospital, 501 St. Jude Place, Memphis, TN 38105
Published by New Milford Spectrum on Sep. 3, 2021.
To plant trees in memory, please visit the Sympathy Store.
MEMORIAL EVENTS
To offer your sympathy during this difficult time, you can now have memorial trees planted in a National Forest in memory of your loved one.
MAKE A DONATION
Please consider a donation as requested by the family.
MEMORIES & CONDOLENCES
0 Entries
Be the first to post a memory or condolences.