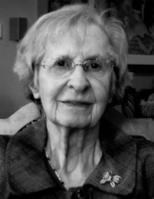 BORN
1924
DIED
2021
FUNERAL HOME
Sunrise Funeral Home & Crematory
8167 E Hwy 69
Prescott Valley, AZ
Mary Stone
10/18/2021
Mary A. Stone (Peck) age 97 passed away at her residence in Prescott, Arizona on October 18, 2021 after fighting heart disease. She was born in New Milford, Connecticut on April 11, 1924 and attended the public schools there. She earned a Business Certification from Becker College in Worcester, MA. When she was 20, she joined the United States Navy and became Yeoman, 3rd Class. She served her country during World War II. After her honorable discharge in 1946, she returned to New Milford. She married John K. Stone of Kent, Connecticut and had two sons.
Mary and her husband John moved to Prescott, AZ in 1975 and bought a home there. After living in the area for many years, John passed away in 2001 after illness.
Mary is survived by her two sons, Stephen Stone of Woodbury, CT and Philip Stone of Roxbury, CT. She is also survived by her brother William Peck of Garnet Valley, PA. Mary's parents were Howard H. and Mildred Peck of New Milford, CT.
A private memorial service will be held in her honor. Donations in her name may be made to Maggie's Hospice, 306 N. Virginia Street, Prescott, AZ 86301.
Published by New Milford Spectrum on Oct. 25, 2021.
To plant trees in memory, please visit the Sympathy Store.
MEMORIAL EVENTS
To offer your sympathy during this difficult time, you can now have memorial trees planted in a National Forest in memory of your loved one.
Funeral services provided by:
Sunrise Funeral Home & Crematory
MAKE A DONATION
MEMORIES & CONDOLENCES
Sponsored by Sunrise Funeral Home & Crematory.
1 Entry
Mary - may the wind be at your back. Thank you for your service.
Steven
Other
October 28, 2021
Showing 1 - 1 of 1 results