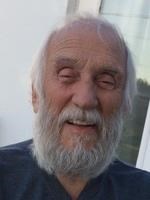 BORN
1932
DIED
2021
FUNERAL HOME
Cremation Society of Connecticut
807 Bloomfield Ave.
Windsor, CT
Oscar G. Rasmussen
Oscar Rasmussen, age 89, died peacefully at his home in New Milford, Connecticut on Saturday, July 17, 2021.
Born in Chicago, Illinois on January 24, 1932, Oscar served in the US Army before earning his Ph.D. in Nutrition from the University of Illinois, where he also completed his M.S. in Animal Science and B.S. in Agriculture.
Oscar spent his life helping others improve their health and recover from serious illnesses through his consulting work, teaching and research. He was blessed with a strong personal drive to improve the well-being of all people and was honored with numerous humanitarian awards, including The Philadelphia Medal.
Oscar spent years developing customized therapies that reached people in need all over the world. He was a great communicator with integrity and a sincere commitment to service, and he traveled throughout the US and many countries presenting and sharing his knowledge.
Oscar loved life and loved others. He was always a joy to be around, and he enjoyed talking to everyone. Wherever he lived, he quickly became an integral part of helping to make the community better.
He spent countless hours volunteering and spending time with the guests at the New Milford Homeless Coalition and was a past president of the New Milford Rotary Club. Each year he brought joy to children by playing Santa Claus, growing out his full beard in preparation.
Oscar loved the outdoors and could be seen picking up trash to help the environment. Fishing on local lakes and taking walks through the woods gave him great peace and joy. His compassion for people and the kindness he showed toward others made everyone who was around him feel like they were an old friend.
Survived by his loving wife of 33 years, Judi Rasmussen of New Milford, CT; his loyal dog Baby; son Mark (Kim) Rasmussen of De Kalb, IL; stepsons Scott Morese of New Milford, CT and Keith (Vicky) Morese of Las Vegas, NV; six grandchildren: Kezya, Bryanna, Aaron, Josie, Cayce, Wendy; nine great-grandchildren: Justice, Oliver, Eliot, Hazel, Rose, Auggie, Nora, Amelia, Nell; and nieces and nephews. He is predeceased by his son Jeff Rasmussen of Naperville, IL, and daughter Shelly (Marion) Lawler of McLeansboro, IL. Oscar cherished spending time with his many dogs and cats throughout his life, all rescued from animal shelters.
An award presented to Oscar in appreciation for his work read, "The world needs more people like you." So true. Oscar will be deeply missed and always loved.
Donations can be made to New Milford Homeless Coalition, PO Box 1016, New Milford, CT 06776.
Published by New Milford Spectrum on Jul. 26, 2021.
To plant trees in memory, please visit the Sympathy Store.
MEMORIAL EVENTS
To offer your sympathy during this difficult time, you can now have memorial trees planted in a National Forest in memory of your loved one.
Funeral services provided by:
Cremation Society of Connecticut
MAKE A DONATION
MEMORIES & CONDOLENCES
Sponsored by Cremation Society of Connecticut.
3 Entries
So sad to hear of Oscar´s passing, we had lots of laughs in the mornings at the Archway. He was a sweet man and will be missed.
Kim
July 30, 2021
Oscar. A "man of worth".
Randy
Family
July 26, 2021
So sorry to hear about your loss.. Uncle Oscar, as we called him, was always so kind and loving to us all! (Patty Skelton... Marion and Delberts daughter)
Patty Hendrickson
Family
July 26, 2021
Showing 1 - 3 of 3 results