FORT LAUDERDALE, Fla. - The Rev. Dr. David P. Jenkins, 82, Pastor Emeritus of all Saints Episcopal Church, Ft. Lauderdale, FL, passed away Wednesday, April 18, 2018.
A Memorial Service and Interment will take place Friday, July 27, 2018 at 2 p.m. at St. Paul's Episcopal Church, 2679 East Main Road, Portsmouth, RI. The Rt. Rev. W. Nicholas Knisely, Bishop of the Diocese of Rhode Island will celebrate, assisted by The Rev. Marilyn Mason, Priest in Charge at St. Paul's. All are welcome.
Fr. Dave was born October 3, 1935 in S. Weymouth, Massachusetts to the late Alexander Jenkins, Jr. and Eva Gladys (Price) Jenkins. He graduated from the Kent School, an Episcopal boarding school in Kent, Connecticut in 1954. Following the receipt of an A.B. in Philosophy from Brown University in 1958, he was graduated from the General Theological Seminary with a Bachelor's Degree in Sacred Theology and a Master's in Divinity. He graduated from the University of Rhode Island with a Master of Arts in Counseling and was awarded an Ed.D in Counseling and Personnel Services from The State University of New York at Albany in 1976.
Fr. Dave was ordained to The Sacred Order of Deacons in the Episcopal Church June 17, 1961 and The Sacred Order of Priests December 23, of the same year, by the Rt. Rev. John Higgins of the Diocese of Rhode Island. He served as Deacon in charge at St. Paul's, Portsmouth in 1961 and then as Priest in Charge from 1962 -1969. He is remembered fondly by many people who still reside in Portsmouth and attend services at St. Paul's.
Having served many parishes over the years, from several assignments in New York state to the islands of Grenada, Trinidad and Tobago and others he also served in multiple positions at the State University of New York at Albany from 1970 -1991. His retirement in 2002 took him to Ft. Lauderdale where he attended and served All Saints Episcopal Church. He was bestowed the title of "Pastor Emeritus" in 2016.
Fr. Dave is survived by his brother, Alexander III and sister-in-law, Judy, nephews Alexander Tuxbury Jenkins and Charles Jenkins and niece Edith Callaghan, as well as various great nieces and nephews. He is also survived by "Pumpkin" Jenkins, his Pomeranian and "roommate" who loved him unconditionally and visited him daily after he left independent living.
Contributions in memory of Fr. Dave may be made to St. Paul's Episcopal Church, 2679 E. Main Road, Portsmouth, RI 02871 or all Saints Episcopal Church, 333 Tarpon Drive, Ft. Lauderdale, FL 33301.
To plant trees in memory, please visit our Sympathy Store.
Published by Newport Daily News on Jul. 21, 2018.
MEMORIAL EVENTS
Jul
27
Memorial service
2:00p.m.
St. Paul's Episcopal Church
2679 East Main Road, Portsmouth, Rhode Island
MEMORIES & CONDOLENCES
2 Entries 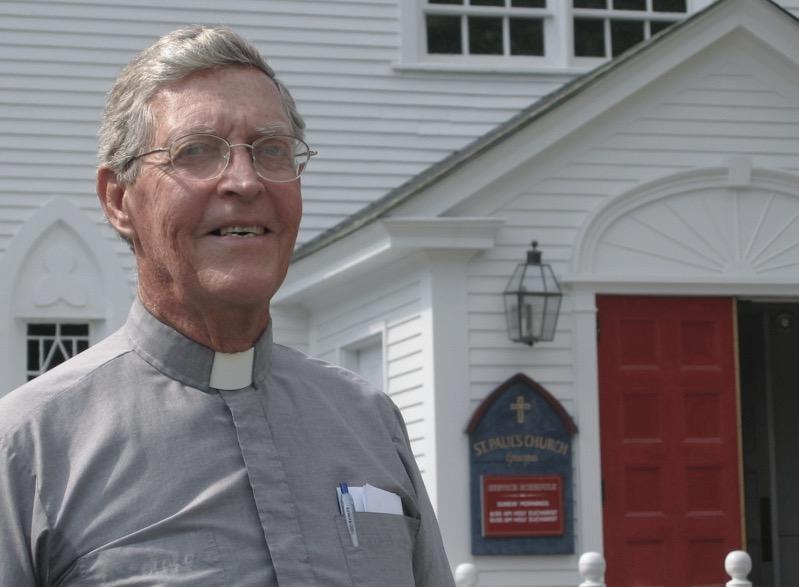