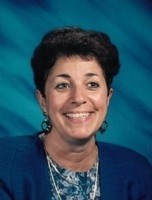 BORN
1938
DIED
2021
FUNERAL HOME
Memorial Funeral Home
375 Broadway
Newport, RI
Mary Ann (Dias) Gamer
Mary Ann (Dias) Gamer, 83, of Middletown passed away on Sunday, July 18th. Born on July 8, 1938 in Newport, RI, she was the daughter of the late Arthur and Mary (DeCosta) Dias. She was the wife of the late Edward Gamer.
Mary Ann was a graduate of St Catherine's Academy in 1956. She was a devoted communicant of Jesus Saviour Church and was involved in all aspects of church life. She was a member of the parish council and was actively involved in the Holy Ghost Feast and the annual bazaar for over 50 years. She also served as a member of the church's eucharistic ministry and taught religious education to the parish's youth.
Mary Ann was also civic minded. She was a member of the Vasco da Gama Society, the Rosary Sodality, and the Portuguese American Women's Civic League periodically serving on the executive committee of all three organizations.
With all of that, Mary Ann loved to travel. She especially looked forward to her annual trip to Maui with her husband and later in life with her children. She was also fond of European river boat cruises and other exciting getaways.
Mary Ann began her working career at the young age of 16 alongside her Aunt Gilda at Sears and Roebuck that continued over 20 years. Once her children were grown, she returned to work as a school secretary in Middletown Public Schools and upon retiring she continued to volunteer her talents at the Portsmouth Melville School Library until the age of 80.
She is survived by her children, William Gamer of Newport, RI, Janet Andrade and her husband Jay of Middletown, RI, and David Gamer of Portsmouth, RI. She's also survived by her siblings, James Dias of New Hampshire and John Dias of Middletown, RI. She also leaves her two grandsons, Jason and Nathan Andrade of Middletown and grand daughter Jacqueline Ruseni of Plympton, MA in addition to three great-grandchildren, and countless nieces & nephews.
Mary Ann was predeceased by her brother Arthur Dias Jr. and sister Joanne Donnelly.
Calling hours will be held on Wednesday, July 21, from 4-7pm in Memorial Funeral Home, 375 Broadway, Newport, RI.
A Mass of Christian Burial will be held on Thursday, July 22, at 9:30am, in Jesus Saviour Church, Newport, RI.
Burial will follow in Newport Memorial Park, in Middletown, RI.
In lieu of flowers, donations in her memory may be made to the Three Angels Fund http://www.threeangelsfund.com/ or Visiting Nurse Home and Hospice https://visitingnursehh.org/giving/
Additional information at https://www.memorialfuneralhome.com
Published by Newport Daily News from Jul. 19 to Jul. 21, 2021.
To plant trees in memory, please visit the Sympathy Store.
MEMORIAL EVENTS
Jul
21
Calling hours
4:00p.m. - 7:00p.m.
Memorial Funeral Home
375 Broadway, Newport, RI
Jul
22
Mass of Christian Burial
9:30a.m.
Jesus Saviour Church
Newport, RI
Funeral services provided by:
Memorial Funeral Home
MAKE A DONATION
MEMORIES & CONDOLENCES
Sponsored by Memorial Funeral Home.
1 Entry
So sorry to hear of your loss, may memories bring you happiness. Prayers for your family.
Mary Hanos
July 20, 2021
Showing 1 - 1 of 1 results