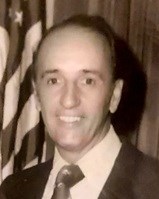 BORN
1929
DIED
2021
FUNERAL HOME
Memorial Funeral Home
375 Broadway
Newport, RI
Ralph E. Morgan
Ralph Everett Morgan, 92, of Newport RI passed away peacefully at Newport Hospital on July 26, 2021, surrounded by his loving children. Ralph was born in Newport RI on July 9, 1929, to the late Frank and Amanda Mason Morgan.
Ralph was the beloved and devoted husband to the late Julia G. Morgan to whom he was married to for 70 wonderful years. Ralph attended Newport Schools before entering the Navy at the age of 17. He served in the United States Navy during the Korean War era, before getting an honorable discharge to marry the "love of his life" Julia, whom he had met at a Fenner Hall dance. So smitten was he with Julia that legend has it he hitched hiked home one weekend from Pennsylvania while on leave, only to be met at her front door shortly after eight o'clock that evening by her father who firmly let him know "that no decent girl goes out after eight o'clock!!" and shut the door.
Ralph started his career with J.T. O'Connell before joining the Newport Fire Department of which he served for 26 years. While on the fire department he also worked for the Newport Restoration Foundation as a glazier, working on some of the most historic homes in Newport. Upon retirement from the fire department in 1981, he worked with his good friend and fellow retired firemen Jack Kane at the Goat Island Condo Association and at the Newport Country Club, until finally retiring for good.
He along with his wife raised four children, giving them the guidance, love and support to be successful in whatever path they chose. Later in life, his focus was being "Grampy", the adoring and doting rock in his four grandchildren and two great grandchildren lives. The two of them had an influential role in their upbringing, taking care of all of them daily as their parents went off to work. The comfort this gave his own children cannot be overstated and we are eternally grateful. His reward is the unbreakable bond he had with all his grandchildren that will live on forever in their hearts.
Ralph loved all sports, but golf was his favorite. He had been a member of Wanumetonomy Country Club where he enjoyed many rounds of golf with friends and lots of social events with his wife. He and the family also loved to camp with friends in their early years. His dear friend Winnie Roggero would lead them all in song and laughter well into the night that they would still joke about for years to come. In retirement, he and his wife along with his sister in-law Linda Ashook, would spend many winters in Florida enjoying the fruits of his labor. We would be remiss if we did not acknowledge he always enjoyed a good Martini, an Old Fashion or a Manhattan whenever appropriate.
He was a past member of the Ancient Order of Hibernians, the Middletown Knights of Columbus, the Newport Elks Lodge and the Edward King Center. He was also a lifelong communicant of Jesus Savior Church where he sang in the choir for many years.
Ralph is survived by his four children. Ralph E. Morgan Jr. of Newport, Bruce W. Morgan (Deb Wahl) of North Kingston, Sandra M. Curtis (David) of Middletown and Frank Kelly-Morgan (Anthony) of Newport. He also leaves his grandchildren, Anne Mahoney, Morgan, Taylor and Michael Curtis and his great grandchildren Trent and Troy Sotelo. Additionally, he is survived by her brother-law, John Mello and his wife Maria of Middletown, as well as several nieces and nephews.
He was preceded in death by his sister, Dorthey Blake and his brothers Frank (Bud) and Harold Morgan.
Calling hours will be held Wednesday, July 28, 2021, from 4:00pm to 7:00pm at Memorial Funeral Home, 375 Broadway Newport. Funeral services will be held on Thursday, July 29, 2021, at 9:30 am at Jesus Saviour Church, 509 Broadway Newport.
In lieu of flowers donations can be made to Newport Fire Department, Newport RI.
The family would also like to thank, Mary Ann Hastings, Dr. J. Parameswaran, Debbie Krones and Suzanne Conley his Hospice Nurse for their tremendous care and loving support during the final days of Ralph's life. Additional information at www.memorialfuneralhome.com