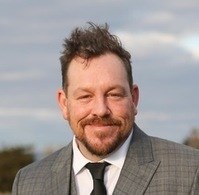 BORN
1975
DIED
2021
FUNERAL HOME
O'Neill-Hayes Funeral Home - Newport
465 Spring St.
Newport, RI
Timothy E. Carter
Timothy Elliot Carter, 45, of Newport, RI passed away unexpectedly on Friday, July 30, 2021.
Tim was born in Portsmouth, Virginia to Commander Eileen (Sullivan) Carter and Elliot "Skip" Carter on September 12, 1975. As a child, Tim travelled the world while both of his parents were in the Navy, spending summers at his grandmother's house in Newport, RI, and eventually settling to Portsmouth, RI. He graduated from Portsmouth High School in 1994 and earned a bachelor's degree in fine arts from Green Mountain College in 1998. He worked as a trap fisherman at Tallman and Mack for many years and was also an engineer on the Mount Washington Cog Railway along with various other jobs.
Tim had a passion for music and looked forward to working the Newport Folk and Jazz festivals every year. He loved the ocean, baseball, skiing, and was a devoted Georgia Bulldogs Fan. Tim had the ability to light up any room with his charisma and storytelling abilities and would make anyone feel like part of his family. Above all else Tim was a devoted husband and father to Abbott, who was the apple of his eye.
He is preceded in death by his mother Commander Eileen Sullivan Carter and his father Elliot "Skip" Carter.
Tim is survived by his beloved wife Nina Thompson Carter and son Abbott Newton of Newport, his mother and father-in-law Linda Perrotta and John Rao of Newport, his aunts Mary Ogden and Pat Giles (Georgia), the Ahearn, Towey and Carlisle families of Newport, as well as many beloved lifelong friends.
The family wishes to thank all the nurses at Newport Hospital for their wonderful care given to Tim and his family.
A Mass of Christian burial will be held on Thursday, August 5, 2021, at St. Barnabas Church, 1697 East Main Road, Portsmouth at 10:00 AM. Burial will be private.
Memorial donations may be made in his honor to Newport Festivals Foundation, PO Box 650, Essex, MA 01929, www.newportfestivals.org.
Arrangements are by the O'Neill-Hayes Funeral Home, for online tributes please visit www.oneillhayes.com.
Published by Newport Daily News from Aug. 2 to Aug. 4, 2021.
To plant trees in memory, please visit the Sympathy Store.
MEMORIAL EVENTS
Aug
5
Mass of Christian Burial
10:00a.m.
St. Barnabas Church
1697 East Main Road, Portsmouth, RI
Funeral services provided by:
O'Neill-Hayes Funeral Home - Newport
MAKE A DONATION
MEMORIES & CONDOLENCES
Sponsored by O'Neill-Hayes Funeral Home - Newport.
1 Entry
Brother, I am so grateful our paths crossed in Vermont. We all became family! For Life! Thank you for all of the great times, great advice, and being there for me! You are more than a friend, you are my brother. You have touched so many hearts. I will see you in the winds that blow, the waves crashing upon the sand, sunrises and sunsets, the glistening snow, and the stars shinning at night!
Christopher Robinson
August 2, 2021
Showing 1 - 1 of 1 results