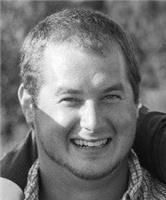 BORN
1992
DIED
2021
FUNERAL HOME
Curtis-Britch & Bouffard Funeral Homes - Newport
37 Lake Rd
Newport, VT
Jordan L. Starr, 29, passed away unexpectedly on October 5, 2021 in West Charleston Vermont. He was born May 27th, 1992 in Newport Vermont to William Starr and Kathy ( Lemieux) Montminy.
Jordan was often known for being the life of the party. Something he shared in common with his father. They were one of a kind, a bonded pair. The "Starrs" of the show no doubt. Everywhere they went bright gleaming smiles always followed. And you could never forget Jordan's loud contagious laugh. Billy taught Jordan how to be quirky, and quick witted. The two of them always made it a point to enjoy life, and prove that there was nothing wrong with being a really big kid forever young at heart. But despite what many people saw Jordan as, his true passion in life was children.
His love of children quickly led him to the career that made him happiest. Jordan was a caregiver for an incredible child, a child who brought out the best side of him, a child that he looked up to. Being a caregiver was something that came natural to Jordan, as it followed a dream he couldn't wait to adventure into: Fatherhood. If you were to have asked Jordan what his greatest accomplishment in life was, the answer was easy, his daughters, Rihanna and Everleigh. He had an endless amount of love for his girls. He was proud of everything they have already achieved and everything he knew they would grow to accomplish.
As once quoted by an old friend, " Jordan was the kind of person who would give anyone the shirt off his back, kiss every pitbull, hug every baby in sight, and truly do anything to put a smile on someone's face." Simply put, any one that knew Jordan knew he was a teddy bear, a definite mama's boy. Jordan was known for being sweet and sensitive. He believed his mother and sisters, Olivia and Siara, deserved nothing but love and respect. He always made it a point to show them how much he loved them and never failed to tell all his friends how proud he was.
In his free time Jordan often spent it with his closest friends, playing video games, or watching his favorites the Boston Red Soxs and the Dallas Cowboys. If all else failed you could always find him with family. He loved to spend his time at his Uncle Alfred's house or as he would say his second home.
Jordan was a free spirit. Never afraid to be 100% himself. He made every day a little brighter. He was loved by many, and will be dearly missed as he left an impact on everyone who walked into his life. The world was blessed to have him. Forever our "Starr."
Jordan's family consisted of his daughters: Everleigh and Rihanna, by his mother Kathy Montminy and Randy Blake, His father Billy Starr and Penny, his sisters Olivia and Siara Montminy, his maternal predeceased grandparents Alfred and Linda Lemieux, his paternal grandparents Jack Starr (predeceased) and Ila Starr, and the following aunts and uncles: Alfred Lemieux and Tina, Tony and Rose Lemieux, Rodney Lemieux, Michelle Lemieux, Dajana Steele, Virgil and Linda Starr, Jack and Diane Starr, Jimmy Starr (predeceased) and Jennifer Starr, Gary Starr (predeceased) and Pam Starr, and Betty Griggs and Tommy. As well as many many cousins that he loved dearly.
A celebration of his life will be at the Knolls Barn on Route 111 in Derby on Saturday October 16th, 2021 at 2:00 P.M. Pastor George Lawson will be speaking in his honor at 2:30 P.M. If friends desire memorial contributions in Jordan's name may be made to the Autism Society, 6110 Executive Blvd, Suite 305 Rockville, MD 20852, or Northeast Kingdom Human Services, 181 Crawford Road, Newport VT 05855. On-line condolences may be made at curtis-britch.com. Arrangements are entrusted to the care of Curtis-Britch & Bouffard Funeral Home & Cremation Service, locally family owned and operated.
Published by Newport Daily Express from Oct. 11 to Oct. 12, 2021.
To plant trees in memory, please visit the Sympathy Store.
MEMORIAL EVENTS
Oct
16
Celebration of Life
2:00p.m.
Knolls Barn
Route 111, Derby, VT
Funeral services provided by:
Curtis-Britch & Bouffard Funeral Homes - Newport
MAKE A DONATION
MEMORIES & CONDOLENCES
Sponsored by Curtis-Britch & Bouffard Funeral Homes - Newport.
0 Entries
Be the first to post a memory or condolences.