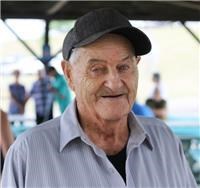 BORN
1931
DIED
2021
On August 22, 2021, Paul Joseph Bergeron passed away at age 90 at North Country Hospital in Newport, VT.
Paul was born on January 5, 1931 to Antoine and Lydia (LaPrade) Bergeron in Sutton, VT. He was the youngest of 14 children raised on the family farm. Paul is survived by his wife Patricia (Clark) Bergeron, whom he married August 20, 1977; his sons Paul Bergeron and Wayne Bergeron; his step-children Ted Goad and his wife Judy, Todd Goad and his wife Donna, Tammy Ricard, Timothy Goad and his wife Amanda, and Thomas Goad; his grandchildren Sabrina Rakowsky, Ginger Bergeron-Colcolough and her husband Mike, Amanda King, Alishia Cleveland and her husband Lance, Tyler Goad, Sarah Boivin and her husband Jamie, Jacob Ricard, Zachary Goad, Brandon Goad, Trevor Goad, Jonny Pray, Cassady Pray, Cameron Pray; great grandchildren, Charles Keppler, Andrew Randall, Sabrina Gamble, Sophia Gamble, Noah Goad, Koralyn Cleveland, Lucy Goad, Hendrix Boivin, Everett Cleveland and many nieces and nephews.
Paul was preceded in death by his father Antoine, his mother Lydia, his many siblings and their spouses, and his great granddaughter Christa Keppler.
Paul owned and operated farms in Sutton, Craftsbury and Derby until he retired from farming in 1984. He may have stopped farming, but he was still a farmer at heart. After farming, he worked winters at Jay Peak Ski Resort as a lift operator until 1999 when he fully retired. He enjoyed spending time with family, spoiling his and Pat's cats, and collecting coins.
A graveside service will be held Saturday, August 28, 2021 at 9:30 a.m. at the Derby Center Cemetery, Nelson Hill Rd, Derby, VT. Charles Smith will lead the service with words of remembrance.
In lieu of flowers, a donation may be made to your local animal shelter or The Humane Society.
Published by Newport Daily Express from Aug. 25 to Aug. 26, 2021.
To plant trees in memory, please visit the Sympathy Store.
MEMORIAL EVENTS
Aug
28
Graveside service
9:30a.m.
Derby Center Cemetery
Nelson Hill Rd, Derby, VT
MAKE A DONATION
MEMORIES & CONDOLENCES
1 Entry
You were my uncle through marriage, till this day you are still uncle Paul. You were always there to lend a helping hand and show love and kindness every where you went. To the family my condolences on your loss RIP Uncle Paul Love You
Joi
August 26, 2021
Showing 1 - 1 of 1 results