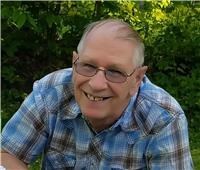 BORN
1945
DIED
2021
FUNERAL HOME
Curtis-Britch & Bouffard Funeral Homes - Newport
37 Lake Rd
Newport, VT
On September 16, 2021, 146 days after the passing of the love of his life, Anne, Thomas (Tom) Farrand, beloved Father, Grandfather & Great grandfather passed away to join her.
He was born in Barton, Vermont on February 28, 1945 to Dewey & Doris (Woodbury), Farrand. After he graduated from Newport High School, Tom served his country in the US Air Force where he was stationed in the Phillipines and had obtained the rank of Seargant before being honorably discharged in 1967. He then went to work at Columbia Forest products, where he retired after many years as the yard foreman. It was here that he met and married the love of his life Anneliese.
They began their 50 year journey of marriage together as husband and wife on January 23, 1971, where, together they raised Anne's six children and he was unwavering in his love & support for them all. They made their only home on Hill Street, where they gained an extended family of neighbors. Tom adored all of his family, and always enjoyed holiday gatherings, family celebrations and barbecues. He had a special connection with his grandchildren & great-grandchildren, where you could see his face light up whenever they were with him. He also loved attending local sporting events & cheering for his grandchildren, and great grandchildren.
Tom was a lifelong, die-hard Yankees and Giants fan, and although a quiet man, he could be heard raising his voice at the TV for a bad call. He was a man who loved the outdoors and spent his free time fishing, hunting and creating the perfect lawn and flower gardens. Tom was an active member of The United Church in Newport and found great joy in volunteering his services at the food shelf and community meals. Prior to Covid you could always find him and Anne at McDonalds with their little daily coffee group.
Tom is survived by his children, David LaClair and wife Vickie, Carol Viens and husband Gary, Sheila MacFarlane, Wayne LaClair and Gerry LaClair. And by his grandchildren, Erika Young & Dan Trudeau, Brandi Stone, David LaClair & wife Jen, Melissa Hinton and husband Mark, John Carter and wife Christine, Jennifer Stephenson and husband Rob, Erika Sturgeon & husband David, Philip Viens & fiancé Brad, Travis MacFarlane & wife Sarah, Josh MacFarlane & wife Raven, Joel Stevens, Rowdy LaClair, Marie Claire Meheust, Cameron LaClair, Dustin Miller & wife Liza and Maegan Welford & husband Josh and by 24 great-grandchildren, and soon to be 25th greatgrandson. He is also survived by his sister Helen Leno of Orleans, sister-in-law Gunde Chastain and husband Manuel and many nieces and nephews. He was predeceased by his wife Anne Farrand, Daughter Cynthia Stone, his parents and by his siblings, Dewey Farrand, Lucille Spaulding, Shirley Dezotell, Joyce Farrand, Kenny Farrand, and Patty Dunn.
Funeral Services will be held at 11:00 am on Thursday, September 23rd at Curtis-Britch & Bouffard Funeral Home, 37 Lake Road in Newport with the Pastor James Merriam officiating, where calling hours will be held from 10 am, until the hour of the funeral service. Interment will follow at the Pine Grove Cemetery in Newport, with military honors. There will be a luncheon immediately following at the VFW Post #798 in Newport. In Lieu of flowers, Donations can be made in Tom's memory, to Orleans & Essex VNA and Hospice 46 Lakemont Road, Newport, VT 05855. On-line condolences at curtis-britch.com.
Arrangements are entrusted to the care of Curtis-Britch & Bouffard Funeral Home, & Cremation Service, locally family owned and operated.
Published by Newport Daily Express from Sep. 19 to Sep. 20, 2021.
To plant trees in memory, please visit the Sympathy Store.
MEMORIAL EVENTS
Sep
23
Calling hours
10:00a.m. - 11:00a.m.
Curtis-Britch & Bouffard Funeral Homes - Newport
37 Lake Rd, Newport, VT
Sep
23
Funeral service
11:00a.m.
Curtis-Britch & Bouffard Funeral Homes - Newport
37 Lake Rd, Newport, VT
Funeral services provided by:
Curtis-Britch & Bouffard Funeral Homes - Newport
MAKE A DONATION
MEMORIES & CONDOLENCES
Sponsored by Curtis-Britch & Bouffard Funeral Homes - Newport.
0 Entries
Be the first to post a memory or condolences.