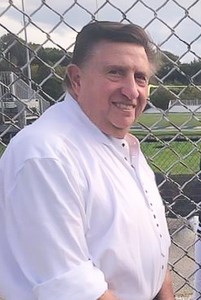 FUNERAL HOME
Johnson Funeral Home
368 Mentor Avenue
Painesville, OH
Gary Kevin Dunn, age 72, suffered a massive heart attack and went home to the Lord on Saturday, October 9, 2021. Gary lived for his family, doted on his wife, and vehemently loved his daughters, and grandchildren. He was a staunch conservative and a high school football advocate. Gary served in the United States Navy from 1968 to 1972 aboard "The America CVA 66". He worked for the Cuyahoga County Sherriff's Department, Lake County Prosecutor's Office as Chief Detective heading the Arson/Narcotics Unit. He retired from FENOC Perry Power Plant after 29 years of service in Access Control. Gary was a graduate of Lake Erie College. He was active in the Catholic War Veterans Association, the Knights of Columbus, he was a Confederate Civil War reenactor with the 5th Texas Company A, and the Coast Guard Auxiliary Flotilla-Fairport. Gary leaves his wife, Carroll (nee: Pitkin) Dunn; daughters, Joan (Dale) Walters of Sagamore Hills and Lieutenant Colonel Catherine P. Dunn (USAR) of Chesapeake, VA; six grandchildren, Emily, Garrett, Liam, Jase, Chipper, and Maddox; sister, Mary Carroll (Robert) Heramb of Euclid. He is preceded in death by his parents, Robert and Mary Jane Dunn; and brother, Timothy Dunn. Visitation will be Wednesday, October 13, 2021 from 5-7PM at Johnson Funeral Home, 368 Mentor Ave., Painesville, Ohio 44077. Mass of Christian Burial will be Thursday at 1:00PM at St. Bede the Venerable Catholic Church, 9114 Lake Shore Blvd., Mentor, Ohio 44060 with military honors and burial to follow at All Souls. In lieu of flowers memorial contributions are suggested to USCG Auxiliary Flotilla 7-6, c/o FSO FN Paul Montgomery, 38250 Westminster Lane, Willoughby, Ohio 44094.Online condolences at www.johnsonfuneralservices.net

Published by News-Herald from Oct. 11 to Oct. 12, 2021.
To plant trees in memory, please visit the Sympathy Store.
MEMORIAL EVENTS
Oct
13
Visitation
5:00p.m. - 7:00p.m.
Johnson Funeral Home
368 Mentor Avenue, Painesville, OH
Oct
14
Mass of Christian Burial
1:00p.m.
St. Bede the Venerable Catholic Church
9114 Lake Shore Blvd., Mentor, OH
Funeral services provided by:
Johnson Funeral Home
MAKE A DONATION
MEMORIES & CONDOLENCES
Sponsored by news-herald.com.
5 Entries
We are so sorry words can´t say at this time, God Loves you and so do we
Lori &Alex Rychlik
October 13, 2021
Gary was a fine man and a friend to all. Truly one of the good guys, he will be missed. RIP Gary.
Henry
October 13, 2021
I've only seen Garry Dunn a handful of times but he was super nice and so was his wife. This news really shocked me to hear of his passing. When I first met Garry, he was super nice and helpful. Last time I spoke with him was this silver live saving medal ceremony for someone who saved a life back in 2020 held at my CG Station. If he were still alive today, I'd thank him for all the help and advice he's given me.
Caroline Murdock
Work
October 12, 2021
From all of us at Station Fairport our thoughts and prayers go to you all.
Timothy Kelley
Other
October 12, 2021
Worked with Gary for many years. Am saddened to hear of his passing. Thoughts & prayers to his family. RIP Gary.
Brenda Alvord
Work
October 11, 2021
Showing 1 - 5 of 5 results