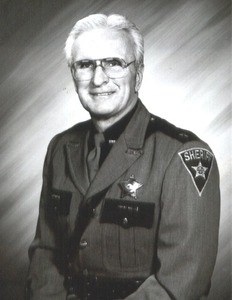 ABOUT
Benedictine High School
FUNERAL HOME
McMahon-Coyne-Vitantonio Funeral Homes
38001 Euclid Avenue
Willoughby, OH
Patrick Joseph Walsh, 86, a law enforcement officer, military veteran, public servant, loving father, and devout Catholic, passed away peacefully at home Nov. 4, 2021, after a long battle with Parkinson's disease. He was born July 3, 1935, in Cleveland. Pat was a caring husband to his wife of 29 years, Betty; loving father of James (Rae Lynne), Kathleen Whitehair (William), Kelly Collins, and Patricia Hoenigman (Erik); stepfather of Michelle (Josef) and Michael (Jennifer); cherished grandfather of 19 grandchildren and 10 great-grandchildren; father-in-law of Fay Walsh; and brother of John (Jack), Kevin and Mary Ann (Lunder).He was preceded in death by his first wife Joan; son, Michael; father, Edward; mother, Rosalia “Rose”; and brother, Dennis. Pat was raised in Euclid, attended Benedictine High School, and went on to pursue his bachelor's degree at John Carroll University as a student athlete. While attending John Carroll University, he began his law enforcement career as an officer on the Euclid Police Department. He was then drafted into the U.S. Army, where he was stationed in Germany and served as a Military Policeman (MP). After his time in the Army, he returned to the Euclid Police, where he served until 1974 before accepting a position as Chief of Police for Madison Township, where he served for the next 13 years. He was one of the longest serving Police Chiefs in Madison Township’s history. While he was Police Chief for Madison Township, he attended and graduated from Garfield Senior College (Lake Erie College) with a bachelor's of science in criminal justice. He then was appointed to the position of Chief Deputy for the Geauga County Sheriff's Department for two years, where he served as Chief Deputy. In 1988, he ran for and was elected Sheriff of Lake County. As Sheriff, Pat oversaw the transition into the new Lake County Sheriff's Department, jail and administrative offices. He implemented a number of new modernized programs including both K-9 and Maritime unit. After his time as The Lake County Sheriff, Pat went on to become the Safety Director at the Cleveland Construction Company, headquartered out of Mentor. Family will receive friends from 1 to 3 and 6 to 8 p.m. Monday, Nov. 8, at McMahon-Coyne-Vitantonio Funeral Home, 38001 Euclid Ave., Willoughby. Funeral Mass will be 10 a.m. Tuesday, Nov. 9, at St. Bede the Venerable Church, 9114 Lakeshore Blvd., Mentor. A graveside service will follow the Mass at North Madison Cemetery on Hubbard Road, (across from Immaculate Conception Church), in Madison. In lieu of flowers, contributions in his name are suggested to The Lake County Sheriff’s Dept. K-9 Fund, 104 Erie St., Painesville, OH 44077 or to The Michael J. Fox Foundation for Parkinson’s Research, P.O. Box 5014, Hagerstown, MD 21741-5014. To leave condolences for the family, visit www.MCVfuneralhomes.com.