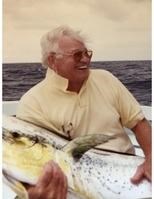 Basketball City Champs of Fort Worth and later Arlington Heights High School football, winning the City Championship of Texas in 1948. Throughout high school, college and as an adult, David excelled in track, hurdles, swimming, diving, tennis, racketball, snow skiing and golf. At the Fort Worth Stock Show and Rodeo, David rode for pay the Brahma Bulls that their assigned cowboys did not want to ride. Sometimes he even stayed on.

During his life he worshiped at Methodist and Episcopal Churches.

David grew up in a family of golfers. His parents, Willie Mae (Richardson) Mays and John Thomas Mays, won many tournaments at the River Crest Country Club in Fort Worth. His older brother Tom was asked to try out for the Seniors Golf Tournaments but refused. Their younger sister Fran Mont can still be seen swinging her clubs every week. David owned a set or two of golf clubs just about his whole life.

David served in the U.S. Army during the Korean War.

Born and raised in Texas, David moved to Los Angeles where he fell in love and married fellow Texan, Lynda Graham, on Friday April 13, 1962 at Wayfarer's Chapel on Portuguese Bend, CA. They settled in Los Angeles, where David co-produced the movie, House on Bare Mountain. Later they moved to the Grand Bahama Island where David rediscovered his love of boating and fishing.

David worked in a myriad of businesses, from working on oil well rigs to owning a painting company to the real estate business. Once settled in Florida, David became an avid fisherman owning several boats, but golf stayed his favorite outdoor activity.

Finally David and Lynda decided to leave Longwood and the Rolling Hills Golf Course and retire to New Smyrna Beach.

David is survived by his wife, Lynda, sons Andy (Cindi), Graham (Sharon) and grandchildren Clayton, Mallory (Paul), Walker, Hunter, Morgan. He is also survived by his sister Frances and two nieces, Jeanne and Nancy Beth, all who remain in Texas.

David is predeceased by his parents, Willie Mae and John Mays, his brother Tom and his son Carter.

A memorial will be held this fall at Carter House in New Smyrna Beach.


Published by Daytona Beach News-Journal from Aug. 20 to Aug. 22, 2021.
To plant trees in memory, please visit the Sympathy Store.
MEMORIAL EVENTS
To offer your sympathy during this difficult time, you can now have memorial trees planted in a National Forest in memory of your loved one.
Funeral services provided by:
Baldwin Brothers Funerals & Cremations
MAKE A DONATION
MEMORIES & CONDOLENCES
Sponsored by Daytona Beach News-Journal.
0 Entries
Be the first to post a memory or condolences.