BORN
1936
DIED
2016
Joseph Martin Hergert, age 79, passed away on January 16, 2016. He was born in Wilkes-Barre PA in 1936, and moved to Holly Hill when he was 11 years old. Joe graduated from Mainland High School in 1955, where he was an outstanding athlete, lettering in football, basketball, baseball and track. He was selected as Mainland's Outstanding Athlete by the Florida Sports Writers Assn. He was awarded a scholarship to the University of Florida and played four years for the Florida Gators football team and was co-captain of the 1958 Gator Bowl team. He was a versatile player and at different times played fullback, center, linebacker and kicker for the Gators. He was drafted by the Green Bay Packers in the NFL and played an exhibition season under the legendary coach Vince Lombardi. He then joined the new Buffalo Bills football team in the AFL, where he played for two years as a starting linebacker and place kicker. Joe returned to Florida and joined the Semi-Pro Daytona Beach and Orlando Thunderbirds football team in the Southern Professional league as an assistant head coach and linebacker. He was selected as All-League Linebacker for four years. After that, he took a job as assistant football coach at Father Lopez High School and taught math and physical education. Then he became head football coach at Mainland Junior High School and taught physical education, general science and biology. After moving to Salida, Colorado, Joe secured the position as head football coach at Salida High School. He took a mediocre program, and under his guidance, led them to winning records for seven straight years including two state championiships. During that time, he became well known in the Salida community and received many honors such as Class AA Coach of the year two times, Salida Chamber of Commerce Man of the Year and Pikes Peak League Coach of the Year four times. During this period, he also obtained a MA degree at Adams State College in Alamosa, Colorado and served as activities director and assistant principal at Salida High School. Joe returned to Florida in 1990 to teach and worked as offensive coordinator for the Mainland High School football team and had a record that year of 10-1, which was the best record since 1949. He was offered a job as head football coach at Spruce Creek High School and worked at that position for 3 years, before transferring to Pine Ridge High School, where he taught physical education, before retiring in 1998. Joe made a significant impact on many young men over the years and he was rewarded by receiving moving letters of appreciation and recognition from many of his former players. One man wrote, "He taught us discipline, respect and a winning attitude, not just about football, he worked with everyone individually and didn't believe in a one size fits everyone approach." One of Joe's greatest passions was pigeon racing. He was taught the sport by his father when he was a teenager and practiced it for most of his life. He became very proficient in breeding, raising and the training of his birds, having produced many champion birds and had numerous trophies to show for it. His accomplishments gained national recognition in the pigeon racing world, including many awards from the Racing Pigeon Digest magazine and was voted into the Hall of Fame by the American Pigeon Racing Union. He was a past president of the Holly Hill Pigeon racing club and was a past president and long time member of the Deland Racing Pigeon club. He continued the sport until his health problems caused him to give it up. Joe enjoyed golf, fishing and hunting with his family and friends. He also enjoyed playing cards with his friends. Joe served his country in the Army National Guard for eight years. Joe was a proud member of the Ormond Beach First Christian Church, where he served as a deacon. He was one of those people who you enjoyed being around. You were drawn to his positive attitude, motivation, and acute sense of humor. He is survived by his loving wife of 22 years, Donna Hergert, Ormond Beach; his brother, James Hergert, Holly Hill. He is also survived by his son, John Hergert, Leadville, CO; his daughter, Anna Lea Hergert, Denver, CO; a stepson, Darin Peckham, Jacksonville; a stepdaughter, Deanna Peckham, Port Orange; and two step-daughters from a previous marriage, Elizabeth Bettridge, Denver, CO and Laura Thomas, Littleton, CO. He was a beloved Grampy Joe to ten grandchildren; and three great-grandchildren. A Celebration of Life Service will be held at the Ormond Beach First Christian Church, located at 50 Seville St. at 2 pm on Saturday January, 23rd. In lieu of flowers, memorial donations may be made in Joe Hergert's name to Ormond Beach First Christian Church.


Published by Daytona Beach News-Journal on Jan. 19, 2016.
To plant trees in memory, please visit the Sympathy Store.
MEMORIAL EVENTS
Jan
23
Celebration of Life
2:00p.m.
Ormond Beach First Christian Church
50 Seville St., FL
MAKE A DONATION
MEMORIES & CONDOLENCES
23 Entries
Joe, Mainland High School's greatest athlete . He was the backbone of the football and basketball teams. He was always positive and a real leader. Hope to see him again some day but not too soon.
James Peacock
Classmate
January 13, 2021
May be God with you Joe. I will always remember you and Jim. I won't forget all the cement blocks your folks and you guys built.
January 31, 2016
Joe was a friend and classmate of '55, and an usher in our wedding in 1957! My prayers are with you.
Pat Marx Harris
January 25, 2016 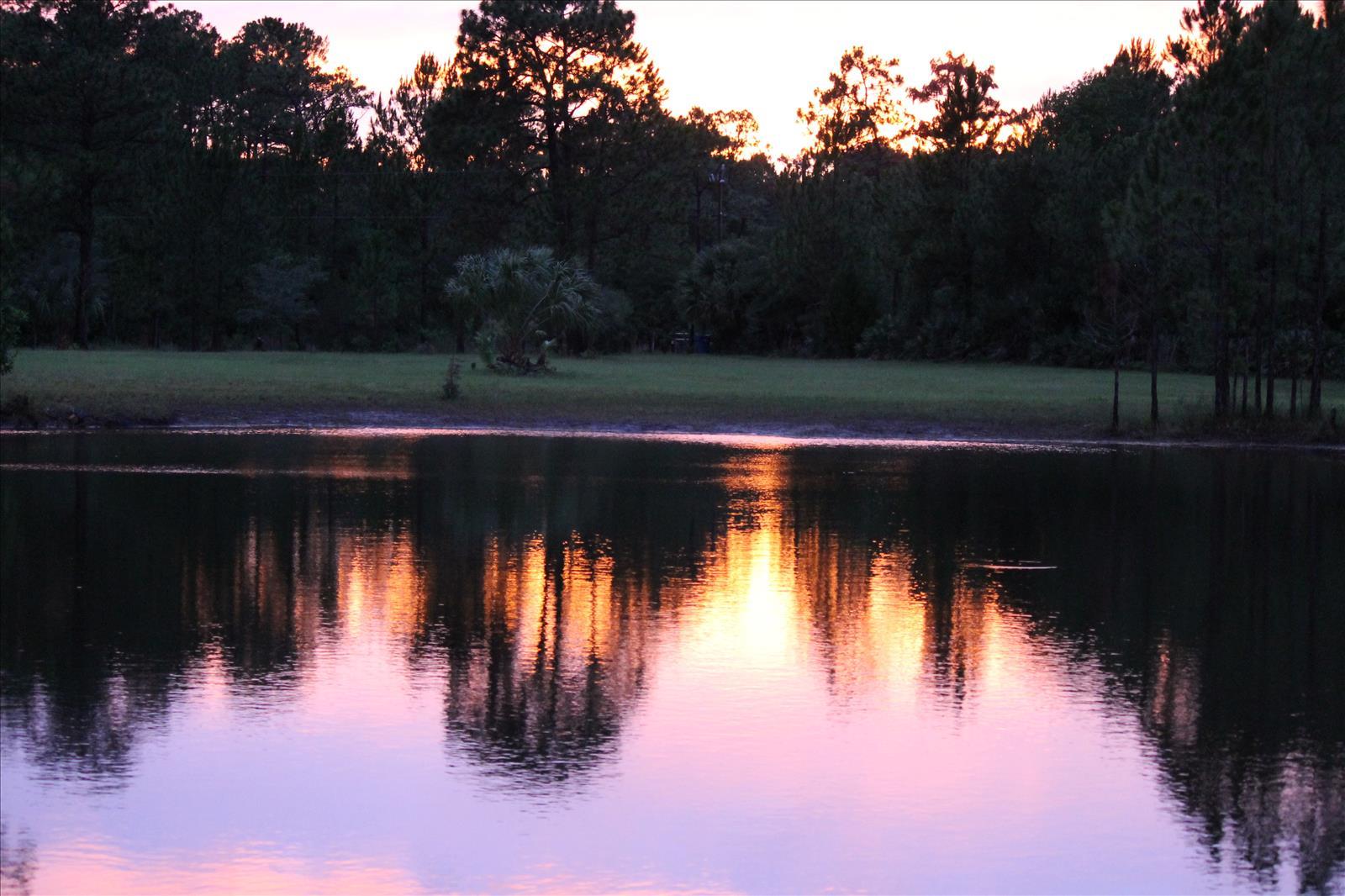 Thank you, Joe for sharing your beautiful sunsets with Maria and Mark Avellino at Tater road. We will be forever appreciative. May peace be with the family.
Maria and Mark Avellino
January 24, 2016
Joe was our hero. Mainland High School class of 1955. Joe was a 4 letter athlete, basketball, football, baseball and track.
What a guy!
RIP my friend.
Tom Peacock- Mainland High School class of 1955
January 23, 2016
I know that my Dad had a lot of respect for you, Joe. You two will have lots of stories to tell when you meet again. Rest well.
Sherry Butler Davis (M.H.S. 1961)
January 22, 2016
So Long Joe from another one of your friends of the class of "Mainland 1955". Those were the good old days when y'all moved from "Korona" to the Big City of "Holly Hill", and your Dad, Joe and brother Jimmy gave me a pair of Racing Pigeons. I also remember trying to tackle you during a scrimmage game and I think you broke my collar bone with your huge Shins!...It's been a Trip...See Ya Up There... ED
Ed Countryman
January 22, 2016
Another member of our class of 1955. Joe was a gentle giant. Rest in peace.
January 21, 2016
It is with sadness that I say goodbye to a MHS classmate in the class of 1955. You were our class hero and a quiet and gentle person. I pray for you and your family.
Sandra Osborn
January 21, 2016
Phillip & Joan Capo, GOD bless JOE, GOD will welcome you home you always had our respect
phil capo
January 21, 2016
Sympathy is extended to the family from a '58 graduate of Mainland High School and classmate of Joe's brother, Jim.
Shelburn Wilkes
January 21, 2016
Coach, Mentor, Hero. Thanks for loving us all. RIP.
Bruce Wyble
January 20, 2016
There will never be another coach Hergert. You were such a huge part of Salida High School. Thank You for all the wonderful memories. RIP. Prayers to the family
Rose Manchego
January 20, 2016
I knew Joe pretty well. First time I met him was on a School Boy Patrol trip to Washington DC. After that I knew him as teammate on the 1954 football team. I was a defensive end and he was the linebacker right behind me. He literally had my back.
I remember when we beat Ocala, one of our few wins, 6-0 on a long TD run by Joe.
On top of that he was just a great guy. I doubt anyone could have anything bad to say about Joe. I'm sure he'll be missed.
Bob Roberson
January 20, 2016
thanks for all the memories joe growing up wathing you on the sidelines you know when you enter the gates of heaven it will be drapped in purple and white
steven mingus
January 20, 2016
Joe, I will always remember the many years we taught together at Salida High School. I will never forger the positive effect you had on my son who has gone on to be very successful in the business world as the result of your influence. Richard and Helen Leavitt, Salida, Colorado
January 20, 2016
Great teammate at Mainland. A guy I always respected.


Ray Pinkerton
January 20, 2016
Thank you so much for all the lessons on and off the field. You will always be in the hearts of many.
Daniel Hopper
January 20, 2016
I will always remember our 1955 BUCKS. You were a leader then and went on to great things. Thank you Joe.
BULL DURHAM
January 19, 2016
Respected and well loved teacher and coach at Salida High School! Gave us memories of great football games and championships!
Konnie Russell
January 19, 2016
A kind man and coach when I was a cheerleader at Salida High School. Praying for his family and friends.
Alene
January 19, 2016
A gentleman, excellent coach, and an amazing individual. I am so happy that I was able to work with him. God speed, Coach Hergert!
Sandy Rowe
January 19, 2016
Job well done my friend.