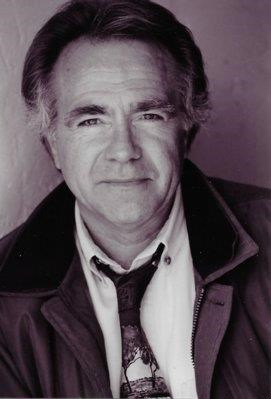 Actor, Director, and Producer Gary Lee Bayer, 72, died January 6, 2017 in his adoptive home of Jerusalem, Israel where he was buried on Mt. Zion after a 3-year battle with prostate cancer. A consummate storyteller and man of strong faith in God, Gary was born in Hollywood, CA, grew up in Mt. Vernon, IN, then to Los Angeles. He was a stage actor on Broadway and with D.C.'s Arena Stage company, then moved back to Hollywood to act in film and TV. Gary appeared in HOME IMPROVEMENT, LIFE WITH BONNIE, CAGNEY AND LACEY, KNOTS LANDING, L.A. LAW, HIGHWAY TO HEAVEN and other TV series and movies. He was a member of Screen Actors Guild and AFTRA. With friends in the entertainment industry he founded New Harmony Project serving writers and was on the Board of Directors for over 25 years.

In 2000 he was invited to direct dramatic musicals in Israel which served as a course change in his life. He returned yearly to teach acting to international students. In Jerusalem Gary met his future wife Cindy (Lipscomb), marrying her on Mt. Zion in 2005.

Their shared passion created The Writers' Gathering, bringing established writers of film, TV, stage plays, and novels, to The Land of the Bible for inspiration and creativity.

Gary called out the best in people. Along with Cindy they shared their table with many at their Jerusalem Old City apartment and at their home above the Sea of Galilee. Besides acting and directing, his gift of creativity was evident as a builder, carpenter, gardener, host, and most often as a storyteller.

Survivors include his wife Cindy Lipscomb Bayer of Jerusalem, Israel; mother Lula and brother Steve Bayer (Nancy) of Kokomo, IN; sons Reilly Bayer (Jen) of Lynnfield, MA and Peter Bayer of Los Angeles; his daughter Holly Bol (Brian) of Keller, TX; five grandchildren. Gary is also survived by Cindy's family who loved him: parents Jack and Cathryn Lipscomb and brother Larry (Tracy) of Springfield; her daughters and their families of Richmond, VA Lauren and Jason Tew along with Lanna and Timothy Britt.

Tax-deductible memorial donations may be sent to Writers' Gathering/A.C.T.


Published by News-Leader on Mar. 29, 2017.
To plant trees in memory, please visit the Sympathy Store.
MEMORIAL EVENTS
To offer your sympathy during this difficult time, you can now have memorial trees planted in a National Forest in memory of your loved one.
MAKE A DONATION
MEMORIES & CONDOLENCES
Sponsored by The Springfield News-Leader.
12 Entries
I send my sincere condolences to Gary's dear wife and family. I know that he is so missed. Remember where he is. Viki Johnson
Viki Johnson
March 24, 2020
Bruce Johnson
July 4, 2018
Our dear Cindy, we met several years ago in Jerusalem. We traveled many times with Hannele and CFI. We just learned of your dear husband's passing. We will see him again, probably soon. God bless you. Pastor Bruce and Viki Johnson
Viki Johnson
July 4, 2018
Judy McMahan
July 16, 2017
I first saw Gary in the movie years of the beast and later the movies he made in Israel. I enjoy the way he tells the bible stories.
Patty Sheneman
June 16, 2017
My thoughts and prayers continue to be with you, Cindy, and the others in your precious family. Gary was truly one-of-a-kind. One of the many things I will always remember about him was the passion he shared in reading God's Word. I always looked forward to him sharing the Torah Portion at KKCJ. May the Lord hold you closely to His heart and cover you with His Shalom.
Sarah Tyler
April 25, 2017
I was so sorry to hear of Gary's passing. This was the day after Ken's birthday. So what are your plans now, Cindy? Again so sorry. Glad he could be buried there in Israel, the land that he loved. We will be forever thankful to the both of you making it possible for us to be married at your home overlooking Sea of Galilee. It meant a lot to us.
JoAnne & Kenneth Meyers
March 30, 2017
We're saddened to learn of Gary's passing. We'll be lifting your entire family in our prayers. May God grant you strength, Cindy, that you may continue the mission or be ready for a new path, if He so leads. We're thanking God for the years you had together. So much talent (from both of you) directed at increasing God's kingdom. No doubt, Gary's Heavenly rewards are great. May God bless and keep you safe and happy 'til you see him again.
Loyd & Connie Todd
March 29, 2017
Thoughts and prayers go out to you all in this time of sorrow . May God hold you all in his embrace. Diana And Jim Kreissler
March 29, 2017
May the God of all comfort strengthen the family during this time of deep sorrow. Those who pass on, God keeps in his memory because they are precious in his eyes. My sincerest condolences. Psalms 116:15
March 28, 2017
I'm so sorry for your loss. During this difficult time, please draw close to God and he will draw close to you.
March 27, 2017
My condolences to the family. In this difficult time may you find peace in the god of all comfort.
March 26, 2017
Showing 1 - 12 of 12 results