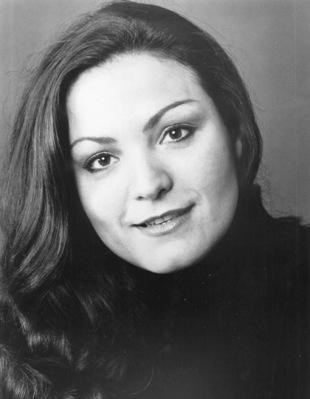 She was born January 10, 1952 in Hazel Park, Michigan to Elgan and Anna Ruth (Stom) Cessna.

Janet was a career opera singer. She sang three major roles for composer Gian Carlo Menotti under the stage name of Adriana Vanelli. She later sang under her maiden name of Janet Cessna in opera's such as Butterfly, Tosca and Lavalli, where she was loved and followed by Van Cliburn. She sang for the lord with the Christian Performing Artist Fellowship and Asaph Ensemble. Janet sang at Carnegie Hall with the New York Grand Opera Company and also sang at the 1996 Olympics in Atlanta. As a soloist she sang for the Governors of several states. While in Springfield she worked for the Arc of the Ozarks.

Janet was preceded in death by her parents and a sister Joyce Suggs.

She is survived by her husband, Robert; 2 sisters, Rita Stewart and husband Glenn, of Kentucky, Linda Margolin of Florida, and a brother David Cessna of Alabama.

Graveside service will be at 10am, Thursday, August 13, 2015 at Maple Park Cemetery with Pastor Dennis Norwood of Grace Bible Baptist Church of Springfield, Missouri, officiating.

In lieu of flowers, contributions may be made to Grace Bible Baptist, 2101 Johnston Ave, Springfield 65803.

To plant trees in memory, please visit our Sympathy Store.
Published by News-Leader on Aug. 12, 2015.
MEMORIAL EVENTS
No memorial events are currently scheduled.
To offer your sympathy during this difficult time, you can now have memorial trees planted in a National Forest in memory of your loved one.
Funeral services provided by:
Greenlawn Funeral Home East
MAKE A DONATION
MEMORIES & CONDOLENCES
2 Entries
Janet was a beautiful lady with a beautiful voice, she was taken from us to soon but i know she is at peace and in the arms of her savior and Lord, we will see her again
celeste cacioppo
Family
June 16, 2017
Bob and Family-
I am so sorry for your loss. Janet was a beautiful person.
Janice McCauley-Briggs
August 13, 2015
Showing 1 - 2 of 2 results