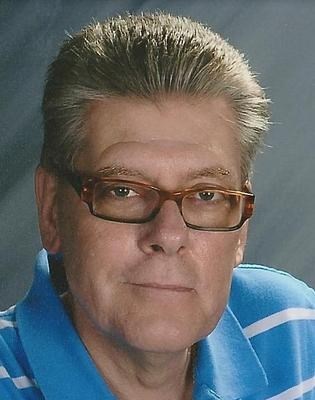 William Robert Webb II, known to his loved ones as Bill, joined his mother and father in the Eternal Kingdom of Heaven Thursday, September 12, 2013. Bill was born July 2, 1952 in Bellingham, Washington, to Ann Carol Webb and Fr. W. Robert Webb.

Bill had a very successful career in the hotel business for 25 years. Bill moved to Springfield from Chicago in October of 1993, to take the position of Food and Beverage Director at the University Plaza Hotel. Months later, Bill contracted a deadly bacteria, Strep A. He fought this deadly disease for over a month at Cox South and his heart stopped twice on the operating table, for long periods of time. After recovery, he was forced into early retirement. For the next twenty years, Bill loved nothing more than spending time with his sons. Bill was much more than the average father, he was there through all the walks of his son's lives. The three of them were all best friends so, everywhere Bill went, he was accompanied by one or both of his sons. Bill really enjoyed taking his youngest son, John, to all sporting events and is his mentor still to this day. His eldest son, Rob, loved being accompanied by his dad who supported his career and passions. The two of them loved going to concerts and the SATO 48 hour film challenge.

In addition to his sons, he is survived by his former wife Ann and two sisters, Ann Sherwin and Chaplain Page Lane.

Funeral Services will be held on Thursday, September 19, 2013 at 1:00PM at Gorman-Scharpf Funeral Home with Father Ross Stuckey officiating. Visitation will begin at 12:00PM. Burial will follow in Maple Park Cemetery.


Published by News-Leader on Sep. 18, 2013.
To plant trees in memory, please visit the Sympathy Store.
MEMORIAL EVENTS
To offer your sympathy during this difficult time, you can now have memorial trees planted in a National Forest in memory of your loved one.
Funeral services provided by:
Gorman-Scharpf Funeral Home, Inc. - Springfield
MAKE A DONATION
MEMORIES & CONDOLENCES
0 Entries
Be the first to post a memory or condolences.