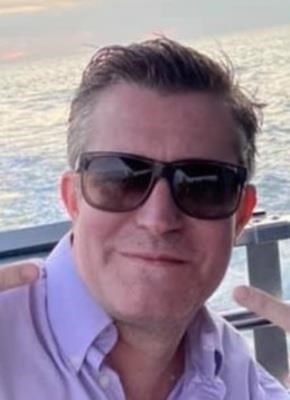 Alan was born on March 10, 1978 in Terre Haute, Indiana, the son of William Felts IV and Patricia Cooper-Randolph. He was a graduate of Anderson High School, where he was recognized as the "friendliest student" and later received his bachelors degree from IUPUI. He enjoyed all things about living in Florida. He loved being with his family and friends and making people laugh. He was a New York Yankees fan and enjoyed basketball and golf.

Alan is survived by his mother, Patricia Cooper-Randolph of Ft. Myers, his father, William Felts IV of Terre Haute; two sisters: Tina (Travis) Heaton of Indianapolis and Gloria Felts of Indianapolis; his nephew and nieces: Cooper, Audrey, Kaia, and Stella; Aunts and Uncles: Nancy (Jerry) Pitt, Sharon Cooper, and Teresa (Dan) McKinney; cousins: Aaron (Avril) Pitt, Amy (Chad) Boutet, Lesley (Art) Henning, Jason Cooper, and Sonja McKinney. He is also survived by his love, Christina Alexander Sexton, who brought him so much happiness and joy, as well as extended family and many friends.

The family suggests that you remember Alan by making a donation to one of the following organizations: 14th and Chestnut Community Center in Terre Haute, Indiana, The Animal Protection League in Anderson, IN or the American Heart Association.

A celebration of life will be held in the future.


Published by The News-Press from Feb. 29 to Mar. 1, 2020.
To plant trees in memory, please visit the Sympathy Store.
MEMORIAL EVENTS
To offer your sympathy during this difficult time, you can now have memorial trees planted in a National Forest in memory of your loved one.
Funeral services provided by:
Rozelle-Johnson Funeral Service
MAKE A DONATION
Please consider a donation as requested by the family.
MEMORIES & CONDOLENCES
Sponsored by Rozelle-Johnson Funeral Service.
0 Entries
Be the first to post a memory or condolences.