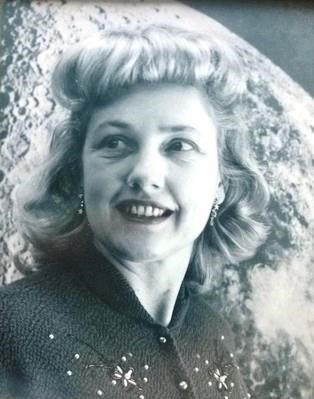 In Loving Memory of

Wini Cameron of Lehigh Acres, Florida, passed away on March 29th. She was preceded in death by her husband, Dr. Robert Cameron and is survived by her daughters Sheri Katz, and Selene Green (Richard) and grandchildren Cameron, Carina, and Colin Green and Joey, Rebecca Moon, James, and Ryan Katz.

Among her numerous accomplishments, Wini Cameron was one of the first 3 female astronomers at NASA in 1959. Since her field of study was the moon, she ended up being the astronomer on duty at Cape Canaveral for Mercury astronaut John Glenn's historic flight as the first American in orbit, and for Scott Carpenter's second orbital flight. She worked at NASA's Goddard Space Flight Center in Greenbelt, MD until her retirement in 1984.

Before working at NASA she received a teaching degree from NIU (from which she was later awarded their Distinguished Alumnus Award); became Assistant Astronomer at Weather Forecasts, Inc. in Chicago; taught Astronomy at Mt. Holyoke College; and, after receiving her Masters in Astronomy at Indiana University, worked for the U.S. Naval Observatory in Washington analyzing sunspots, taking time out to have her first daughter, Selene, named after the Greek goddess of the moon.

The following year, her astronomer husband, Dr. Robert C. Cameron, was one of eight astronomers selected by the Smithsonian to build and man a tracking station in Johannesburg, South Africa that could track the first American satellite, Explorer I. While there, Wini gave birth to a second daughter, Sheri Carina, named after the constellation Carina, which is only visible from the southern hemisphere.

After returning from South Africa, both astronomers were immediately hired by the newly-formed NASA and started at Goddard Space Flight Center in Greenbelt, MD as soon as it opened. They were the only astronomer couple in NASA at that time. Wini's work was in Manned Space Flight, which was why she ended up being the astronomer on duty for John Glenn's and Scott Carpenter's flights. Wini was also on the team responsible for selecting safe landing spots for the Apollo missions. Wini's main field of study and her passion in life was the moon, and she ended her career compiling the largest database of LTP, Lunar Transient Phenomena, ever published. It is still used as the premier resource in that field of study.

Wini retired from NASA in 1984 and devoted her later years to her 7 grandchildren, her horse and pets, her world travels, her bowling league, her many clubs and organizations in Sedona, Arizona, and her continuing astronomy-related work on LTP. She was a popular speaker and ambassador for astronomy, especially women in astronomy.

In lieu of flowers, donations to the Humane Society are appreciated (www.myhumane.org; search "Selene Green" for Wini Cameron Memorial).


Published by The News-Press on Apr. 19, 2016.
To plant trees in memory, please visit the Sympathy Store.
MEMORIAL EVENTS
Apr
23
Memorial service
5:00p.m.
Calusa Nature Center & Planetarium
3450 Ortiz Avenue, Fort Myers, FL
MAKE A DONATION
MEMORIES & CONDOLENCES
Sponsored by The News-Press.
14 Entries
I was sad to learn of Wini's death. I worked with her at the National Space Science Data Center at NASA's Goddard Space Flight Center in Greenbelt, Maryland. We became friends through common interests and interacted on an almost daily basis until she retired in 1984.

Prior to her retirement, she told me that she wanted to move to Arizona, but was uncertain about where to locate. I suggested that she move temporarily to Prescott because the sky was reasonably dark and there was not much light pollution. She agreed with my suggestion and lived for a while in Prescott until finding a nice place in Sedona. When I drove out West with my wife and Mother in 2001, we visited Wini in Sedona. After learning that she had relocated to Florida, I sent her a note, but I never heard back from her, so it might not have reached her. I'm disappointed that I was not able to communicate with Wini more recently. I will always remember her fondly.
Wayne H Warren Jr
April 1, 2017
I will always be so thankful to have spent time with this wonderful woman, neighbor, mother, astronomer, and friend. Dear Mrs. Cameron, the earth has grown dimmer because of your passing, but the moon, a lot brighter! Until our paths cross again, I shall remember you each and every night, when the man in the moon whispers your name, dear Wini!
Shelley Kosisky
April 29, 2016
Dear Selene, Sheri and family,

When I learned of the passing of your mom, my heart and mind were filled with memories of your home and the wonderful times together that were such a special part of my growing up years. I will never forget the astronomical navy blue rug in the living room, the big black and white picture over the couch with your dad's discovery Wini among the stars, and those bowling trophies by the fireplace that your mom was so proud of. I will always remember your mom's fish net stockings, colorful shoes, and the stars and moon for earrings and jewelry. I once asked your mom if she thought there was life or spaceships visiting us from other planets and I remember that she said "no, why would they come all that distance and go right back without stopping to fill up", with that familiar laugh. I am still so proud to have known your mom and dad, often bringing up the fact, in so many conversations since, that I knew such special, accomplished people. Your mom was so kind and caring. I can see her fondly stroking dear Lassie and Moonglo and sweetly talking to Perry as I write this. Maybe on the other side, in passing through, there will be a fond hello in store from old friends and neighbors from the old neighborhood. Always and forever our loved ones will be stars amongst the stars, watching and assisting from above. Please take care of yourselves at this difficult time, and know that we are all thinking of you and your families.

Love always,
Susan
Susan Kosisky
April 29, 2016
My Florida family we are grieving with you. Wini was such a grand lady. One of our favorite memories is our visit to Arizona when she graciously took us into her home and on a tour of Sedona. We watched Nelson Eddy & Jeannette McDonald films together which we loved! We were honored to know her. Sending you love and comfort. Pat & JoJo xo
April 25, 2016
Selene and Sherie,
Many good memories keep us alive, long after our visit here. We met her shortly, and Wini enjoyed the solar- scope setup Joseph provided a few years back, in July. While I, always enjoyed being in her presence and her humorous way of carrying on a conversation. Thank you so much for sharing your mom with us.
Honored,
Diana and Joseph
D & J Ortiz Bradley
April 22, 2016 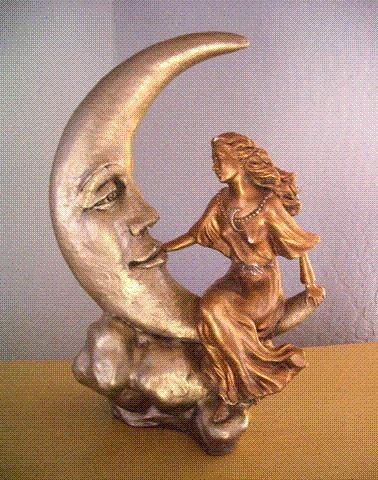 Selene & Sheri,
We enjoyed knowing your mom in her home in Sedona, AZ. She was an amazing woman with a good sense of humor. We wish we had known her when she had a horse and rode through the neighborhood!
We remember her fondly, and will miss her.
Lisa & Jack Frost
April 21, 2016
Wonderful woman, wonderful life. Love to all of her family.
linda turnipseed
April 21, 2016
Met Ms. Wini after her retirement. She was gracious, elegant, a wonderful conversationalist and good listener. She dressed fashionably for every occasion, formal or informal. Her enthusiasm for life and sense of humor kept her young at heart as she progressed in age. She not only significantly contributed to her field of expertise, she made a positive personal impression on others. She was a delight to know...we will miss the brightness of her personality that can be aptly described as truly "stellar."
Ray and Kathy Green
April 20, 2016
An amazing woman who was always an innovator and inspiration. You are loved to the moon and back.
April 19, 2016
Lori Kelly
April 19, 2016
Lori Kelly
April 19, 2016
Rev. Lori Kelly
April 19, 2016
She will never be forgotten by us. Her place in history is complete and settle. May your memories remain close to your heart to comfort and give you peace. John 11:23-25
Mary Ware
April 19, 2016
She leaves behind a wonderful legacy on this earth, both professionally and especially her daughters and grandchildren - intelligent, compassionate and loving souls. My Love & Light are with you.
Susann Radloff Brady
April 19, 2016
Showing 1 - 14 of 14 results