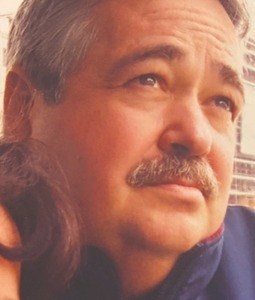 James Sydnor "Jim" Reynolds, III, devoted husband and proud father, died peacefully on Thursday, September 17, 2020, at his home in Prospect. He was 63.

The family will hold a drive-in memorial service on Sunday, September 27, 2020, at 2 p.m. at the residence of his aunt, Betty Anne Petty,129 Lawyers Rd, in Red House, Virginia - the childhood home of his father. A larger celebration of Jim's life with friends and family will follow at a later date.

Jim's family would like to extend heartfelt gratitude to his entire care team and countless family members and friends for their grace, love and kindness along the way. In lieu of flowers, the family requests any donations given in his name to be directed to the Prospect Volunteer Fire Department, the Prince Edward County Rescue Squad, or the Angels Among Us initiative at the Preston Robert Tisch Brain Tumor Center at Duke University. Puckett Funeral Home is serving the family. www.puckettfh.com.
To plant trees in memory, please visit our Sympathy Store.
Published by The News & Advance on Sep. 23, 2020.
MEMORIAL EVENTS
Sep
27
Memorial service
2:00p.m.
at the residence of his aunt, Betty Anne Petty,
129 Lawyers Rd., Red House,, Virginia
Funeral services provided by:
Puckett Funeral Home Inc
GUEST BOOK
3 Entries
I am so sorry to hear this news today! Prayers for you all.
Yvonne Craft Murray
September 24, 2020
Lives and careers were enriched by Jim's care and support. Logical, bravely inquisitive, and he always found a positive in each situation. What a blessing he has been!
Malcolm L. Taylor
September 24, 2020
9 years ago today our 51 year old son passed from brain cancer! Sincere condolences to all of you!! Loved Jim
Dennis & Glenda Gragg
September 24, 2020