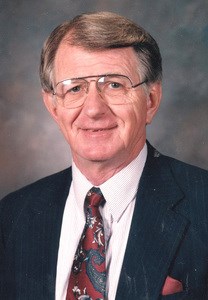 The Reverend John Donald Ragland, 82, beloved husband, father, grandfather, and pastor, was welcomed into the arms of Jesus on Wednesday, September 23, 2020.

John was raised by his loving grandparents, Herbert and Mary Morcom in Madison Heights. He was greatly influenced by friends at Madison Heights Baptist Church growing up and there received his calling into the pastorate. He was later honored to serve there as interim pastor.

John graduated from Madison Heights High School in 1955. After serving in the Marines, he went on to attend Bluefield College, Lynchburg College, and Southeastern Baptist Seminary.

John's life was one of service. He served his country in the Marines and as Naval Chaplain during the Vietnam War. He served God and many churches in Virginia and North Carolina as pastor, retiring from Hull's Memorial Baptist Church in Falmouth, Va. He also found great joy in serving as a relief Chaplain at Centra Health.

John had a great love for people and was known for his joke telling and funny sense of humor. He loved playing golf and was proud of his two holes in one. He was a devoted husband to Loretta and a beloved father, grandfather, and friend.

A service celebrating his life will be conducted at 11 a.m. on Saturday, September 26, 2020, at Whitten Monelison Chapel with Pastor Todd Blake officiating. The service will be available to view live at www.facebook.com\whittenfuneralhome

Interment will follow in Fort Hill Memorial Park with military honors by the US Marine Corps.

The family will receive friends for one hour prior to the service. Masks are required by all in attendance.

Those wishing to make memorial contributions are asked to consider Madison Heights Baptist Church or the American Cancer Society.

To plant trees in memory, please visit our Sympathy Store.
Published by The News & Advance on Sep. 25, 2020.
MEMORIAL EVENTS
Sep
26
Visitation
10:00a.m. - 11:00a.m.
Whitten Monelison Chapel
3966 South Amherst Highway, Madison Heights, VA 24572
Sep
26
Service
11:00a.m.
Whitten Monelison Chapel
3966 South Amherst Highway, Madison Heights, VA 24572
Funeral services provided by:
Whitten Monelison Chapel
GUEST BOOK
7 Entries
Dear Loretta, we were so sorry to learn of Johns passing. We are out of town but have been praying for you and the children and grandchildren. We will be in touch when we get back in town, mid October.
Mel and Alba Anderson
September 27, 2020
We're so sorry for your loss. John was a great man and will be sadly missed.
Claude & Janet Mays
Friend
September 26, 2020
Loretta and family, we are so sorry for your loss. We have so many good memories of our time spent with you and John. We often talk about your visit with us and our friendship.
D.C. and Edie Wodson
September 26, 2020
OLDFRIEND AND PASTOR MARRIED SOME IN MY FAMILY
RUSTY NICHOLS CONNIE
September 25, 2020
So sad to hear this!! Family and friends are in my thoughts and prayers!! Such a kind,loving thought man. Will be missed RIP John!!!
Rebecca Bryant
September 25, 2020
Your family was my family He baptized me and was loved by all my family
Judy Lewis
September 25, 2020
Loretta, Teresa and family, I am so sorry for the loss of John. He was a wonderful man and a great uncle. I can just imagine him and his siblings having a great reunion and laughing whole heartedly together. He touched a lot of lives and will be greatly missed. Youre all in my thoughts and prayers. Love, Cathy
Cathy Hall Baker
September 25, 2020