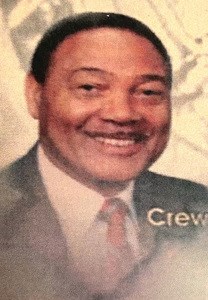 He was the son of the late Buffalo Soldier, Levi M. Thornhill and Arrie Trent Thornhill. He is preceded in death by his sister, Mattie L. Thornhill.

After graduating from Dunbar High School with the class of 1942, Levi enlisted into the Airforce. He was a member of the Air Corp at Tuskegee, Ala. Levi retired from the Airforce in 1965.

In 2007, he was honored to be presented with a Congressional Gold Medal by President George W. Bush and thrilled to attend the Inauguration of President Barack Obama in 2009.

At the age of 86, Levi flew from Compton, Calif. to Lynchburg, Va. with fifteen year old Kimberly Anyadike as part of a tribute to the Tuskegee Airman.

Levi visited many schools, elementary, middle, high schools and colleges to speak about his experiences as a Tuskegee Airman. He was also one of the Airmen interviewed by George Lucas on the movie "Red Tails" about the Tuskegee Airman.

Levi leaves to cherish his memories his loving wife, Dorothy, his children, brother, sisters, nieces, nephews, many relatives and friends.

To plant trees in memory, please visit our Sympathy Store.
Published by The News & Advance on Sep. 24, 2020.
MEMORIAL EVENTS
No memorial events are currently scheduled.
To offer your sympathy during this difficult time, you can now have memorial trees planted in a National Forest in memory of your loved one.
Funeral services provided by:
Community Funeral Home, Inc - Lynchburg
GUEST BOOK
3 Entries
Someone so special can never be forgotten. Wishing well of you and the Thornhill family in this time of loss. Dottie im here if you need anything.
Jose Rosas
September 28, 2020
My deepest sympathy to the Family for your lost of such an honorable "Red Tail" Trail Blazer who helped change the focus and out look of Black military veterans in this country. I will be pleased to support the family with engraving his name on The "HONOR ROLL OF VETERANS" in The Tuscaloosa Veteran's Park, here in Tuscaloosa, at your request. Please advise.
Ron L. Haskins,-USAF & DAV
September 26, 2020
He was a true gentleman and such a delightful person to be around -- Levi Thornhill, who will live on in our hearts with loving memories. Praying for God to give Dottie and family comfort and strength in the days ahead.
Linda Bates Leali and Charles Leali
September 26, 2020