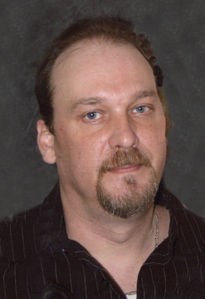 Born December 15, 1970 in Lynchburg, he was a son of Joan Cocke Sowell of Altavista and the late Wesley David Preas. Mr. Preas was predeceased by his stepfather, Robert "Bobby" Wingfield Sowell Jr.; one sister, Katina Annette Sowell; and one brother, David Preas. Mark was a member of Penuel Baptist Church and a talented artist. He enjoyed cooking, making up new recipes, drawing, and fishing. He was a kind hearted man willing to help others in need.

Funeral services will be conducted at 11 a.m. on Thursday, September 16, 2021 at Colbert-Moran Chapel by the Rev. Carl E. Berger. Burial will follow in Altavista Memorial Park.

The family will receive friends from 6:30 until 8 p.m. on Wednesday, September 15, 2021 at Colbert-Moran Funeral Home and other times will be at the residence of Tracey Preas, 340 Peerman School Road, Altavista.

Colbert-Moran Funeral Home, Gretna is assisting the family. Condolences may be sent to the family by visiting www.colbertmoran.com.

TINA WELLS LLOYD
Friend
September 15, 2021
I am so very sorry for your loss, and I want you to know that I will be praying for strength, peace, and comfort for you and your family. My husband and I have always thought allot of The Glenn Family. God Bless you all.
Laura Dudley
Neighbor
September 15, 2021
So sorry for your loss,Our thoughts and prayers are with you all