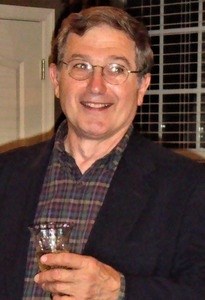 Richard Thomas Menconeri, 77, of Forest, Virginia, passed away on Tuesday, March 2, 2021. He was the husband of the Rev. Nancy B. Dawson.

Richard was born on January 16, 1944, in New York, a son of the late Ricardo V. Menconeri and Antonina Sorce Menconeri. Richard received his Master's degree in Urban and Regional Planning from the University of Northern Colorado, Center for Advanced Studies in Washington, D.C. From 1971 until 1980 he was a County Planner and Division Chief for both the Fedrick and Prince Georges Counties in Maryland. He participated in the creation of an urban development plan for the City of Fredrick, Md., which resulted in the revitalization of the downtown area and a nationally recognized urban park and landmark designation for the historic district. Richard then worked in real estate from 1980 until his retirement in 2009.

In addition to his wife, he is survived by his daughter, Yvette Menconeri; one brother, Raymond Menconeri and his wife, Eileen; a stepson, Aziz Ayazi, and numerous nieces, nephews, and cousins.

In addition to his parents, he was preceded in death by a brother, Peter Menconeri.

A memorial service for Richard will be held at 12:30 p.m., Saturday, March 6, 2021, at Quaker Memorial Presbyterian Church in Lynchburg, with the Rev. Nancy Dawson, the Rev. David Gellert, and the Rev. Philip Bouknight officiating.