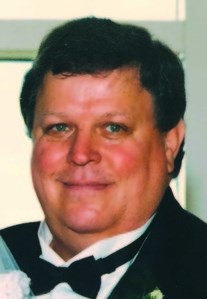 Born in Appomattox, on February 9, 1944, he was a son of the late Mary Smith and Edward Nathaniel Fuller II. "Dicky" served his country in the United States Navy.

He is survived by two sons, Brian Fuller and wife, Lisa, of Portland, Ore., and Darren Fuller of Roanoke; one grandson, Christian Fuller; and numerous nieces, nephews, and cousins.

He was preceded in death by two brothers, Stuart Fuller and Joe Fuller; and one sister, Faye Brill.

Robinson Funeral Home and Cremation Service is serving the family.

To plant trees in memory, please visit our Sympathy Store.
Published by The News & Advance on Sep. 22, 2020.
MEMORIAL EVENTS
No memorial events are currently scheduled.
To offer your sympathy during this difficult time, you can now have memorial trees planted in a National Forest in memory of your loved one.
Funeral services provided by:
Robinson Funeral Home - Appomattox
GUEST BOOK
4 Entries
Richard was a good and kind man. We worked together at the foundry in the late 80's. He was was always quick with something witty to make us laugh and just an all around good soul. He will be missed.
David Stinnett
David Stinnett
Friend
September 22, 2020
I loved Richard. We are going to miss him so much. Sending my love to all of the family.
Sue Eggleston
Family
September 15, 2020
Richard,
May you Rest in Peace!! Richard, I always loved talking to you about the Yankees and Duke Blue Devils. You and I made a few trips to D.C. to watch the Yankees play the Washinton Senators. Good old Days and Great Memories!!
Winfred Nash
Classmate
September 14, 2020
I just want to tell you, Richard, that I am really going to miss you. I will miss our Thursday hot dogs loaded with slaw, mayo, and onions !!
Peggy Lawson
Family
September 14, 2020