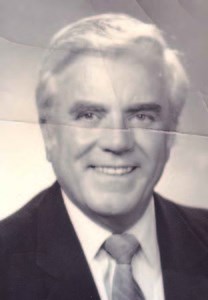 Robert Edward Darst, 92, of Lynchburg, passed away on Wednesday, July 7, 2021, at his residence. He is survived by his wife, Rebecca Bruffy "Becky" Darst. Born in Roanoke, on June 23, 1929, he was the son of the late Edward Gilmer Darst and Virginia McDaniel Darst. In addition to his parents, he was preceded in death by his first wife, Lorraine Noel Darst; two grandsons, Brian Christopher Cothran and James Edward Darst; and his sister, Mary Ellen Darst.

He was retired from Old Dominion Box Co. where he served as Vice President of operations. He was a US Marine Corp veteran having served in World War II, and was a 1956 graduate of VPI with a degree in Forestry. He was an avid golfer and loved to play whenever he had a chance, and was also a member of the American Legion Post 16 and the Marine Corp League #759.

The family will receive friends on Monday, July 12, 2021, from 6 until 7:30 p.m. at Whitten Timberlake Chapel. A service in the Mausoleum Chapel of Alamance Memorial Park in Burlington, N.C., will be conducted on Tuesday, July 13, 2021.

To plant trees in memory, please visit our Sympathy Store.
Published by The News & Advance on Jul. 11, 2021.
MEMORIAL EVENTS
Jul
12
Visitation
6:00p.m. - 7:30p.m.
Whitten Timberlake Chapel
7404 Timberlake Road, Lynchburg, VA
Jul
13
Service
Mausoleum Chapel of Alamance Memorial Park
, Burlington, NC
Funeral services provided by:
Whitten Timberlake Chapel
MAKE A DONATION
MEMORIES & CONDOLENCES
Sponsored by Whitten Timberlake Chapel.
6 Entries
I'm so sorry Becky. I have been thinking and praying for you. You and Bob made the perfect couple. Love you Becky
Rachel Millner
Family
July 12, 2021
Becky, so sorry to hear of Bob´s passing. My thoughts and prayers are with you and the family.
Bev Sizer Bond
July 11, 2021
Iam so sorry for your loss. Even though I did not know your Dad I remember the Darst family for Salem,Va. My grandparents were family friends with the Darsts. I don't know if there is connection or not..Once again, sending condolences to all.
Linda Whitmore
Family
July 11, 2021
My prayers are with you Becky and family during your time of Grief. Praying for comfort and peace at this difficult time.
Susan Reames
Family
July 11, 2021
Many fond memories and good times spent with Darst family through the years. Bob was a good man and friend to all.
Russ Caldwell
Friend
July 10, 2021
May loving memories bring you peace, comfort, and strength. Those who pass on, God keeps in his memory because they are precious in his eyes. My sincerest condolences. (Psalms 116:15)
Ann
July 10, 2021
Showing 1 - 6 of 6 results