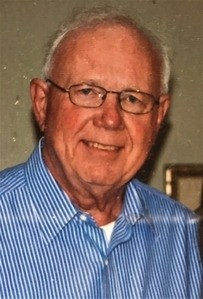 Steve was born in Toledo, Ohio, on January 26, 1935, son of The Reverend Doctor Rudolph G. Schulz and Evelyn Hay Schulz. He spent his early years in Carthage, Illinois, Knoxville, Tennessee, and Marion, Virginia.

He is survived by his wife of 60 years, Judith Greer Schulz.

After graduating from Gettysburg College in 1956 and from Lutheran Theological Seminary at Gettysburg in 1960, Steve began his ministry of over 50 years by serving as pastor of Lutheran churches in Gatlinburg and Maryville, Tennessee. In 1964, he became pastor of Christ Lutheran Church in Fairfax, Virginia.

In 1974, he came to Lynchburg, Virginia, to serve as pastor of Holy Trinity Lutheran Church, where he remained for 26 years until his retirement in 2000. Steve took great joy in serving at Holy Trinity alongside his co-pastor and wonderful friend, The Reverend Dennis Roberts. Steve returned to the ministry in 2008 to organize the new Bedford Lutheran Church in nearby Bedford, Virginia.

With each congregation, Steve carried out his father's mentoring advice to make his ministry one of encouragement—"encourage one another, and help one another." Steve enjoyed above all working with so many active, caring and generous church members over the years.

Steve always looked forward to his annual summer courses at Princeton Theological Seminary, where he was joined by ecumenical theologians and church leaders and found fresh inspiration for his ministry. His time at Princeton was extremely meaningful to him.

Steve possessed an innate sense of gratitude that touched his family and many others every day. From this wellspring, he gave of himself: he lived with a kind, positive spirit; he believed in the goodness within each of us; he acted to help where he could; and he listened to people and the world around him.

His family and friends will remember Steve's sweet and magnetic personality. He had a quick and creative wit, was easy to laugh, and was ever-happy to break into his gorgeous tenor voice for any Christmas carol or Broadway show tune (accompanied on piano by Judy, of course!).

Steve found great pleasure in many activities. He loved traveling and taking in a play or opera in New York City, followed by chocolate mousse at his favorite cafe, Fiorello's. He enjoyed spending a day beautifying his yard and reading English mysteries and spy novels. Steve looked forward to his weekly lunches and dinners with friends, and he cherished the camaraderie while curing country hams and attending the men's book group. He loved to dance.

Along with Judy, he is survived by his daughter, Cecily Venable Banks of Warren, Rhode Island; his son, Garth Schulz and his wife, Karen Schulz, of Rye, New York; as well as his five grandchildren, Campbell Schulz, Ainsley Schulz, Charlie Schulz, Angus Banks and Lucie Banks.

The family wishes to thank all who have been so supportive of Steve, including the caregivers at Centra Health and the compassionate staffs of Heritage Green Memory Care and Hospice of Virginia.

A Memorial Service will be held at a later date. Anyone wishing to make a contribution is asked to consider a gift to Holy Trinity Lutheran Church, 1000 Langhorne Road, Lynchburg, VA 24503, or Bedford Lutheran Church, 728 Burks Hill Road, Bedford, VA 24523.

To plant trees in memory, please visit our Sympathy Store.
Published by The News & Advance on Jun. 13, 2021.
MEMORIAL EVENTS
No memorial events are currently scheduled.
To offer your sympathy during this difficult time, you can now have memorial trees planted in a National Forest in memory of your loved one.
Funeral services provided by:
Tharp Funeral Home
MAKE A DONATION
MEMORIES & CONDOLENCES
Sponsored by Tharp Funeral Home.
1 Entry
We have fond memories of Steve as our first Lutheran Pastor when we joined St, Paul Church in Maryville, TN. He and Judy were a wonderful addition to our small and growing congregation in 1960
Will & Betty Ludwig
June 15, 2021
Showing 1 - 1 of 1 results