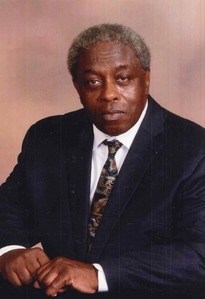 In addition to his father, he was preceded in death by one sister, Deborah Morris; and two brothers, Donald and Dale Morris.

Terry was a dedicated father to his children, and father figure to many other children in the community. He spent time with them playing basketball, fishing, attending sporting events and going to amusement parks. More importantly, the time he devoted facilitated their growth and development as young adults. That devotion allowed his children to win the "parent lottery". For that, they will always be grateful and have him in their lives.

Terry was a proud alumnus of E.C. Glass High School and an avid Pittsburgh Steelers fan. He was a devoted member of Bountiful Blessings Church of God in Christ, where he served as Special Adjutant to the late Pastor I.L. Ward Sr. He was also a deacon and an usher.

A Celebration of Terry's Life will be held at 1 p.m. on Wednesday, January 27, 2021, at Tree of Life Ministries, located at 2812 Greenview Drive, Lynchburg, VA 24502 with Pastor Barbara Ward officiating. Interment will follow at Forest Hill Cemetery.

To plant trees in memory, please visit our Sympathy Store.
Published by The News & Advance on Jan. 24, 2021.
MEMORIAL EVENTS
Jan
27
Celebration of Life
1:00p.m.
Tree of Life Ministries
2812 Greenview Drive, Lynchburg, Virginia
Funeral services provided by:
Tharp Funeral Home
GUEST BOOK
12 Entries
Prayers for my Morris church family
Cherie Kemper
January 28, 2021
Terry worked in my building at LC, and I loved him so much. He always had a great smile and generous spirit. I have since retired, and I hope he got the chance to retire too. I know he was looking forward to it. He leaves a hole in our community.
AJ Eccles
January 27, 2021
AJ and I want to let you know how sorry we were to hear of Terry's passing. Both AJ and I worked at Lynchburg College and I remember him well. He was a man who did his job with a kind smile, without complaint, and always to the best of his abilities. He always had a good word for me when I ran into him on campus. He made Lynchburg a better place and I am a better person for knowing him! John and AJ Eccles
John G Eccles
January 27, 2021
Dear Morris Family, It is with deepest sympathy that we extend comfort to you. We will continue to pray for all of you. God bless you.
Ray and Linda Barnett
January 27, 2021
I offer my heart felt condolences for the lost of Terry. I offer my prayers along with God's grace & mercy during this difficult time of lossing two brothers within 2 weeks of each other. May God Bless & Keep This Family.
Yetta Harrison
January 26, 2021
Sorry To Hear about Terry He was a respectable man of GOD and carried Himself as A CHRISTIAN MAN OF GOD! RIP TERRY GONE BUT SEE YOU LATER! BUT NEVER WILL FORGET YOU!
COPASTOR
January 26, 2021
My wife and I met Terry at the gym. He was welcoming and along with regulars Mike and Richard we formed a group to laugh and enjoy some light-hearted banter together. Terry was quick with a smile and always a gentleman. He was especially proud of his sons and spoke of them often. Our lives were enriched by knowing him and we mourn your loss.
David Lowry
January 26, 2021
Terry Morris was someone you could tell anything and that's where it stayed i worked with him at Lynchburg College i called him my Teddy Bear he will truly be missed by many my condolences to the family.
Rochelle Payne
January 25, 2021
Terry was a wonderful man and everyone that he sees at the college he always has that smile and he will be miss.
Willie Shoemaker
January 24, 2021
It was my pleasure to know Terry. He was a wonderful godly man who would do anything he could for you. I am sure he will be mossed.
Margaret "Cash" Fleshman
January 24, 2021
My dear Pam, I am so sorry to hear of your brothers passing. And your brother Dale. Can not imagine your pain. I love you beautiful lady. Your friend, Bea
Dennie Arrington
January 24, 2021
You were a great father & grandfather will never forget you brother in law always RIP
Veronica Perkins
January 24, 2021