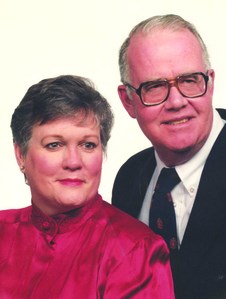 Thomas Cushing Wallace, IV, 86, of Amherst, passed away on Wednesday, July 21, 2021. He was the loving husband of the late JoAnne Ware Wallace.

Tom served our country in the United States Army and owned the Amherst Insurance Agency. He was an active member of the Lions Club for many years, helping with the eye glass campaign, volunteered for many years with the Amherst Museum, and was an avid reader. Tom was a member of St. Luke's Episcopal Church in Pedlar Mills where he was the Senior Warden. Tom was a loving husband, wonderful father, and an amazing granddad. He had a heart to serve others and enjoyed being around people.

In addition to his parents and wife, he was preceded in death by two sisters, Eleanor Hamilton Wallace and Kate Wallace Gillispie.

A private graveside service will be held at a later date.

Published by The News & Advance on Jul. 23, 2021.
To plant trees in memory, please visit the Sympathy Store.
MEMORIAL EVENTS
To offer your sympathy during this difficult time, you can now have memorial trees planted in a National Forest in memory of your loved one.
Funeral services provided by:
Whitten Monelison Chapel
MAKE A DONATION
MEMORIES & CONDOLENCES
Sponsored by Whitten Monelison Chapel.
1 Entry
Please accept my sympathy for the loss of your father. I will always remember Tom with fond memories, Tom will be missed.
E. Allen Nuckles
July 26, 2021
Showing 1 - 1 of 1 results